Arab Spring? Bring on a Bleak Winter for Rich Kleptomaniacs 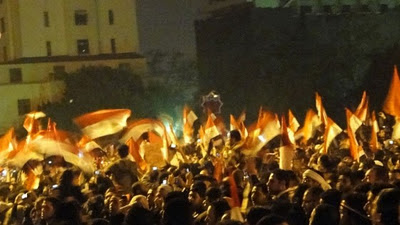 The western media portray the political uprisings in the Middle East as motivated and led by technology savvy young people. Glen Rangwala, a lecturer in the Department of Politics and International Studies (POLIS), says that people in Arab countries have different reasons for supporting it.

POLIS has conducted surveys with pollsters, YouGov, of popular opinion across 18 Arab countries throughout 2011. The poll uses a mix of internet polling and “door to door” questioning. Political priorities ranged widely across the region:

What is interesting about this list is that it applies to us Westerners just as much as it does to the Arabs. All of them will be of concern to someone or another of the OWS protesters, and some of them to Tea Partiers in the USA. If anything this rather gash survey serves to show that we are all interested in the same things—social justice.

Rangwala says the uprisings were not unified in their aims, being caused by different grievances and involving different types of people with distinct political aspirations:

What appears to unite them is the very idea of the Arab Spring, within which supporters, activists and even opponents of political reform contextualise the protests they see in their own countries. If people identify their national protest movements with the broader region wide phenomenon of the Arab Spring, the perceived success of a civic uprising in one country will reinforce the estimations of the likelihood of similar achievements at home.

The same thing seems true of the remarkable spread of the protests beginning with OWS. What is needed now is a Western Winter in which we shall freeze the nuts off the one percent of über rich fat cats with all our assets, crush and scatter them to the winds, leaving them impoverished, squealing and wishing they’d had more compassion when they had control. Of course, it is not just the assets we want returning, the control of our destiny is much more important.