Necessity Makes People Entrepreneurial, but Where is the Start Up Cash? 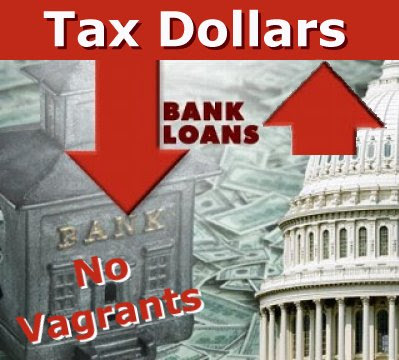 There are two main incentives for entrepreneurship:

From economic stress, great ideas are born. Many large, profitable businesses have been created due to entrepreneurship during economic downturns. Hopefully that will be the case for this period as well.

We’ve seen similar trends occur in past economically slow periods that have led to economic booms. The doldrums in the 1980s led to increased entrepreneurship and the economic growth in the 1990s.

So the trend has potential positives but they can only come to fruition when this increase of necessity driven entrepreneurship is matched by increased support of the entrepreneurs:

Banks at present are hanging on to our money because they can in some magical way make more money by keeping it for dodgy trading than lending it to businesses as they used to. Naked Capitalism reports from the Telegraph that Professor Tim Congdon of International Monetary Research said US bank loans have fallen at an annual pace of almost 14pc in the three months to August—from $7,147bn to $6,886bn.

There has been nothing like this in the USA since the 1930s. The rapid destruction of money balances is madness.

The MU study also found an increase in entrepreneurship among African Americans, and it is certain that upper middle class white bankers will be even more reluctant to lend to descendents of their former slaves than they are to some redneck tea party goer.

Figueroa-Armijos also found that rural entrepreneurship levels have not decreased during the recession, despite previous research showing that rural areas lack the necessary resources for successful entrepreneurism:

These findings offer policy makers an opportunity to permanently increase entrepreneurial involvement of historically under represented groups. Considering the decline of rural populations, rural development strategies must be re-examined. Increased support for “necessity driven” self-employment not only offers a way of improving the incomes of rural residents, but also provides an opportunity to create more overall entrepreneurial activity following the recession.

The federal administration gave the banks trillions of US tax dollars to stop them from failing, so it is time it introduced legally binding obligations for banks to do what entrepreneurial bankers originally conceived them for—to lend money deposited with them to embryonic businesses at interest to get money in circulation again, and not kept for the banksters’ own nefarious purposes. To encourage them, the Fed ought to tax every wired deal—a Robin Hood tax set at a level to make it more profitable for the Banksters to lend money rather than trade it. Naturally, the redneck tea party goer will get what little money is going because he would not want to receive any such “socialist” money. The capitalist banksters like such ironies, and will take every opportunity to kick sand in the faces of those who could do with a little help.