Are Teachers Speaking a Different Language from their Urban Pupils? 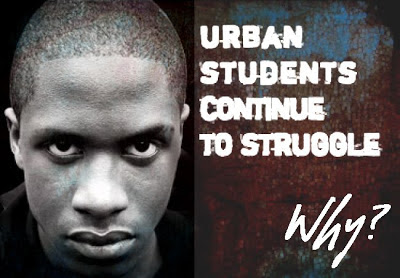 Poor schooling outcomes disadvantage Indigenous Australians, and Dr Ilana Mushin of Queensland university and Rod Gardner, of Griffith University, want to find out why. They think the way pupils and teachers speak to each other could be part of the problem. Dr Mushin said:

We noticed that although most Indigenous children in Australia do not speak a traditional language, neither do they speak Standard Australian English in their homes and communities. Teachers may assume that their children already know Standard Australian English, even if they are perceived to speak it “badly”, when in fact they are having to learn the curriculum through the medium of another [English] dialect. Coupled with the already well documented challenges faced by Indigenous students, this can lead to real educational disadvantage.

Dr Mushin explained she hoped to show that when Indigenous children started school, they had to learn English through the medium of a second dialect, which adversely affected teaching. She continued:

At present, we are looking at how children try to get teachers’ attention for feedback or clarification, whether or not their strategies are successful, and to what extent language differences may be a factor in what happens. We have noticed that Indigenous children in early years schooling work hard to get a response, suggesting that they are highly engaged in learning, but may get less engaged over time because of the language differences. Often the teachers are from a non-Indigenous background and are not aware of the issues, which suggests the need for better teacher education in language differences and the explicit teaching of Standard Australian English. We will continue to work with the Queensland Department of Education, Training and Employment to run workshops and produce training guides and posters. We believe our findings can be applied to other culturally diverse school environments.

The pair are also producing a sociohistorical account of linguistic variation and development within some Queensland Indigenous communities, to show how vernacular dialects are robust linguistic systems, and not simply “broken English” or “slang”.

One immediately thinks, having read this, whether the vernacular of black and Asian kids in big cities in Europe and the USA is actually creating similar problems of understanding that are setting the kids back. Black urban children often have much poorer educational outcomes even than poor while kids in the same schools and environment. One answer would be to teach the kids in their own vernacular, but it would cause problems later when—given a successful outcome—they wanted to go into higher education. So, as these Australian workers suggest, maybe schools should concentrate as much attention as possible on creative and interesting teaching of English elocution and comprehension. Maybe many of the actively speaking methods of teaching like dramatics and those used for teaching English as a foreign language, rather than merely formal lessons, would bear fruit. What do experience teachers of English think?
Posted by AskWhy! Blogger at 2:16 AM