Are we primarily egalitarian or authoritarian? 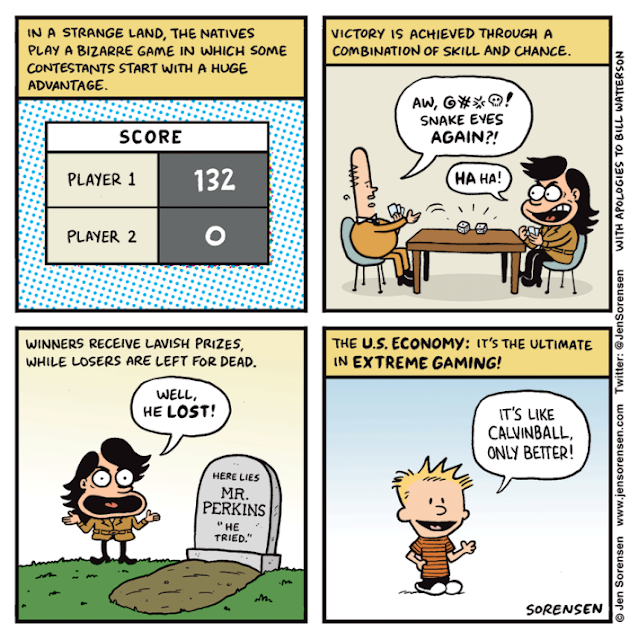 In 1987, Harvard primatologist, Richard Wrangham, studying how human behaviour relates to that of our closest primate relatives, noticed that as humans, gorillas, bonobos, and chimpanzees share a recent ancestor and more than 98 percent of their genes, any behaviours these four species of apes shared today must also have been present in their common predecessor about seven million years ago--their“Common Ancestor”.

Wrangham identified social behaviour shared by the four species like social life and attacking others of the same species. But Bonobos, chimpanzees, and gorillas had hierarchical societies, with often aggressive dominant alpha males. Yet human hunter-gatherers were egalitarian, apparently lacking innate hierarchical communities and any inclination to dominating leaders. Before 10,000 years ago, only essentially egalitarian human societies seemed to have existed on our planet. Human communities were tiny (no more than about 150) with no strong leaders at all. As genomes take at least a thousand generations to change our nature significantly, most human genes have evolved from the genetic makeup of people living in these small Paleolithic bands. Yet today, not only are there fairly egalitarian human societies in the world, but also some people are ruled by despots. Somehow, primitive communism degenerated into a more hierarchical and unequal world.

How could evolution explain these curious and contradictory facts? Our primate relatives are hierarchical but our own ancestors were not, but we seem to have reverted at least partially in recent history. Discoveries in the fields of anthropology and primatology resolved the puzzle because all apes actually resent authority and being bossed around, and will form coalitions to resist it.

Christopher Boehm, a cultural anthropologist at the University of Southern California, suggested that though we may have a deeply rooted instinct to exert power over others, we also have what may be an equally strong aversion to abuses of power, along with some natural tendencies to punish people who commit those abuses.

Boehm surveyed 48 small, nonliterate societies spread across the globe, ranging from small hunting and gathering bands to more sedentary tribes, to see exactly how egalitarian they were, and why. He suggested that with the advent of anatomically modern humans who continued to live in small groups and had not yet domesticated plants and animals (hunter-gatherers), all human societies most likely practised egalitarianism and most of the time successfully--they maintained political parity among adults. Boehm identified the following mechanisms expressing ambivalence towards leaders, anticipation of domination, and countering the dominance hierarchy:
• Public Opinion
• Criticism and Ridicule
• Disobedience
• Extreme Sanctions.

Males who turned into selfish bullies, or even just tried to boss others around were treated brutally, as moral deviants. Because all hunter-gatherers faced bullies or self-aggrandizing political upstarts, and faced them in spite of their strong egalitarianism, if they had not so diligently worked against inequality, they would have turned hierarchical. Boehm wrote:
"As long as followers remain vigilantly egalitarian because they understand the nature of domination and leaders remain cognizant of this ambivalence-based vigilance, deliberate control of leaders may remain for the most part highly routinized and ethnographically unobvious."

So, an urge to dominate is still present in human nature, meaning that to stay egalitarian hunter-gatherers use ostracism, shaming, rejection by the group and sometimes murder to hold down power-hungry upstarts. In other words, by nature today’s hunter-gatherers still incline towards dominating one another, just like the other three species of living apes, and therefore fall in line with other primates, the Common Ancestor and humans all down the evolutionary line. Why then are these primate species with the common ancestor motivated to share power equally though apparently inclined to domination? Boehm's postulate is simply that egalitarianism is in effect a hierarchy in which the weak combine forces to dominate the strong. It is because the instinct to dominate is accompanied by a natural resentment to submitting to domination.

In a contemporary but undeveloped human hunting band, the upstarts who attempt to dominate the others are dealt with harshly. But both wild and captive male chimpanzees that have been studied extensively are extremely ambitious politically, and will form political coalitions to try to unseat the alpha male. Large coalitions can form in the wild to challenge domineering former alphas and run them out of the community.

Evidence from the other species of apes does not support the notion of inevitably dictatorial hierarchies. A phylogenetic comparison among macaques suggests that despotic dominance styles were likely to have evolved from egalitarian dominance styles. Moreover being the "top dog" is not necessarily enviable. Alpha males suffer from their position. They commonly have higher metabolic rates and higher levels of stress hormones. In wild male baboons, the alpha male experiences high levels of both testosterone and glucocorticoid, causing high-ranking males higher stress levels, reducing health, fitness and life. These two hormones have immunosuppressant activity, permitting increased parasitic infestation and infection risks, thereby lowering survival rates. So alpha males enjoy high rank for a shorter time and accompanied by poorer health from the stress of his position.

Now the lowest ranking males in the hierarchy also have high stress levels from being everyone's "underdog", leaving the intermediate beta males most fit, with less stress yet some reproductive and feeding opportunities. It follows that a society in which all were at the same level has advantages in group fitness.

The main worry of the alpha male is to be ousted by a revolution. A tactic of older, subordinate male savanna baboons is forming alliances to combat higher-ranking males to get reproductive access to females. These lowest ranking males would get no opportunity to copulate otherwise. A fight broke out in Mahale Mountains National Park in Tanzania between Pimu, the alpha male, and four of his underlings. They killed him.

Captive gorillas, like wild and captive chimpanzees, may attack a dominant silverback. But male bonobos do not form coalitions. They don’t need to. They don’t fight with neighbours, and they can’t really tell when a female is fertile, so there’s little reason to bicker over them. Instead males spend a lot of time with females with the hope that she will mate with them when the time is right.

Two neighbouring troops of baboons had different group dynamics, one near a dump had plenty of food and were generally peaceful. The other lived further into the bush where food was scarcer, and the males were more competitive and aggressive. The aggressive troop would raid the dumps scaring off the local baboons while they fed, but were less picky in what to eat. On one occasion they gorged on some discarded food that was tainted, and that the local primates had learned not to eat. The consequence was that the raiding party of aggressive males all died. But now, with the most aggressive males gone, there were far fewer confrontations among the remaining males yielding a more peaceful culture which lasted more than a decade. Robert Sapolsky said:
“If that can occur in a troop of baboons, you don't have a leg to stand on when claiming the inevitabilities and unchangeability of human societies.”

Chimps often practice infanticide to get rid of rivals’ offspring and to hasten a female’s return to fertility, but this usually doesn’t happen in bonobos. Male bonobos are bigger than the females and have bigger teeth, but unlike male chimps they don’t boss the females around. Bonobos can form quite small female coalitions that nevertheless allow the females to challenge dominant males. Researchers saw an alpha male bonobo, who was also the son of the dominant female, attacking a young female carrying an infant. The females present immediately came to the unfortunate's defence. The doubly privileged male  was driven off and evicted from the band. So the females bond sufficiently to dominate the males, and even powerfully enough to overthrow a male hierarchy. Indeed, primatologist Frans de Waal’s studies with captive chimpanzees show that females, too, can band together to partially control their alphas.

Because Boehm's postulate, common to the apes, seems to stretch back to the common ancestor some seven million years ago, the Common Ancestor must have disliked dominating behaviour, and joined coalitions to trim the power of its alphas or those ambitious to be alphas. Egalitarianism conditioned by punishment for unfair behaviour may allow altruistic traits to spread, as game theory models predict. Based on model simulations, egalitarian punishment may also have been a precondition for adapting tools as weapons.

The extent of our social groups is wide--from quite egalitarian to quite despotic. In his book, "Hierarchy in the Forest", Boehm traces the roots of these contradictory traits in chimpanzee, bonobo, gorilla, and early human societies. He examines the group structures of hunter-gatherers, then tribal segmentation, and finally at present-day governments to see how these conflicting tendencies are reflected. Human history has rebuffed political thinkers like Thomas Hobbes who thought strong, authoritarian leaders necessary to rule unruly commoners.

Humans became both anatomically and culturally modern at least 45,000 years ago, and the insistence in today's foraging bands on an egalitarian society is much more distant back. The egalitarian bands arrived at a largely implicit “social contract”, by which individuals yielded any desire to dominate so as to remain equal with other group members. And these hunter-gatherers cooperated effectively because their societies were small. Today, a large nation can aim to limit power and uphold a common justice, but it must take precautions against would-be dictators who will still try to usurp a power over everyone.

The capitalist system is a slow but steady accumulation of power by a tiny minority of uber wealthy people. We are failing to counter the concentration of power and will either become subordinates or slaves, or society will have to be destroyed and rebuilt. We ought not to let either of these happen, but should demand an egalitarian world now!

(This summary primarily indebted to the work of Christopher Boehm)
Posted by AskWhy! Blogger at 12:12 AM