Do as thou Wilt! 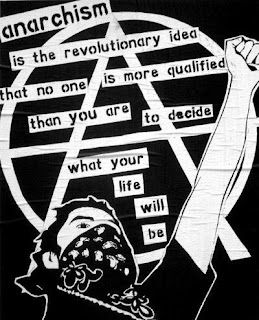 Didn’t Margaret Thatcher, UK Prime Minister and bosom pal of President Ronald Reagan, boast that society is dead? Where does society come into this Anarchistic advertisement?

It sounds like the old Rabelaisian motto, “do as you like” or Aleister Crowley’s and the Wiccan’s “do as thou wilt”—theough the Wiccans do qualify their motto—and if the maxim of anarchy is also “do as thou wilt” or its equivalent, do they expect us to switch magically from imperfection to perfection—the imperfection of this greed driven capitalist world, to a world of Libertarian competition only to the extent of outdoing each other in lovingkindness? That is the Christian dream of precipitate divine intervention ridding the world of evil. Indeed it is equal to dying in the wicked world and being resurrected into a heavenly new world. In short it is unrealistic and unlikely, if not utterly impossible, and in any case could not be achieved without planning for it.

We are social beings and, if we hope to remain human, cannot avoid having a duty to our fellow beings in our society. Capitalists demand more and more liberty to do as they like—freedom to exploit their fellows in increasingly dishonest ways. But socialism requires us to respect our social instincts of caring and sharing, and protecting.

Here then are two different freedoms—“freedom to” and “freedom from”. “Freedom to” is quite impossible in any society—no one except an absolute dictator is free to do just as they like. Society necessarily constrains us. Most people do not seek more and more “freedom to” do things, they are happy to be “free from” care, starvation, loneliness, and insecurity. That is the purpose of society. It is why we cannot step magically from the imperfection of capitalism to some fanciful anarchistic or even Christian dream. We cannot be free or approach human and social perfection until capitalism is long gone, socialism has been established, and time has liberated us from the greed and selfishness of capitalism. That time is a necessary period of transition.

Labels: Anarchism, Change, Do as thou Wilt, Socialism, Society 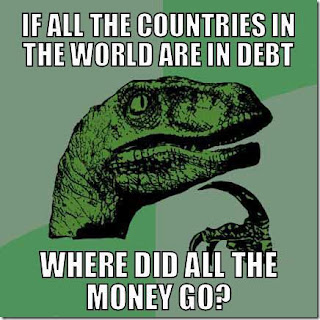 The Communist Manifesto: Some Notes 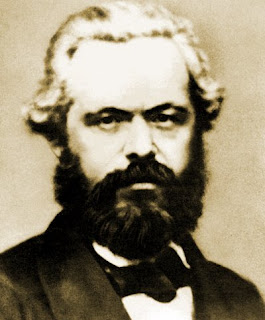 The Communist Manifesto is among the most widely read and widely discussed written work known. It was a short statement of the aims and arguments of the revolutionary movement in Germany, but was soon recognized worldwide.

These notes on it, lightly edited, are from the pages of the Texas Communist Party.

Communism already (in 1848) inspired fear among Europe’s rulers. Communists needed a public explanation of their views, goals, and tendencies. Thus, progressive leaders of many nations gathered in London to create this straightforward declaration, this manifesto.

The goal of communists is stated at the end as:

This chapter is delightful for the authors’ use of language and vocabulary as they demolish the rival philosophies of their time. We don’t have to look at the 19th century to find dishonest authors and quacks with fake answers. Our news stands and bookshelves are full of them today

All these “philosophers” are tolerated, even rewarded, by capitalists. Our universities are crammed with them. They make fine after-dinner speakers!

4. Communists and their Opponent Parties

Thoigh short, less than two pages, books have been written about the ideas in this brief chapter. Arguments about it continue still.

The Communists disdain to conceal their views and aims. They openly declare that their ends can be attained only by the forcible overthrow of all existing social conditions. Let the ruling classes tremble at a Communistic revolution. The workers have nothing to lose but their chains. They have a world to win. Workers Of All Countries, Unite!

A Communist Library for Today 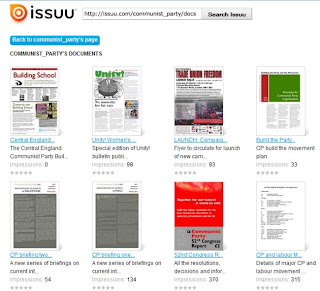 Hundreds of pamphlets, booklets of political analysis, and flyers issued by the Communist Party of Britain, all freely readable on line or for download. 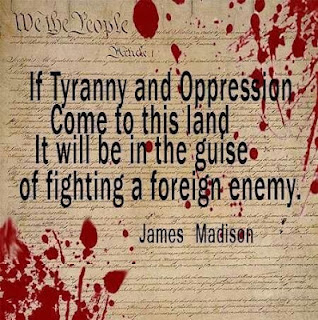 US Military and CIA Interventions Since the War 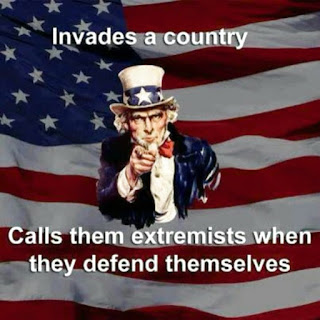 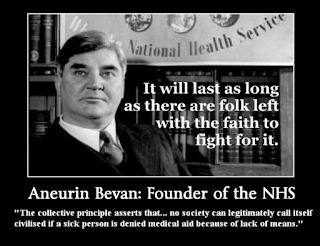 Wealth Distribution in the USA:Worse than we Imagine... Much Worse!

A revealing video with only the fault that its dismissal of socialism as equality of income is propagandist and not true. Socialism means "from each according to their ability to each according to their work", but with a much more equitable distribution of wealth than under capitalism, and so approximating more to what the film depicts as the average US citizen's idea of an ideal distribution.

This is the trailer for the inspiring new feature length documentary Sylvia Pankhurst: Everything is possible now available on DVD from the charity WORLDwrite. The full film is packed with little-known facts, rare archive imagery, expert interviews and exclusive testimony from Sylvia's son, Richard Pankhurst and his wife Rita. The campaigns Sylvia led embraced far more than 'votes for women' as she uniquely understood the fight for democratic rights required a challenge to the system. For full details visit:
www.worldwrite.org.uk/sylviapankhurst.

A Tribute to Hugo Chavez and his Bolivarian Revolution

In this programme in the Islam Channel's Timeline series, Stop the War's John Rees investigates the revolution of Hugo Chavez in Venezuela.