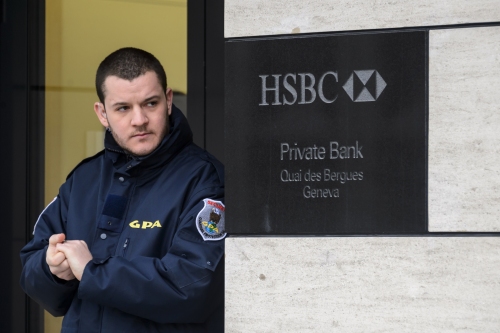 There has been a vast amount of propaganda directed at FIFA this year for corruption, said by the Americans to amounts to $150 million. Yet the media do not extend the same degree of opprobrium to the financial institutions that a few years ago walked off with the contents of the Exchequer and continue to purloin money from ordinary people in manifest acts of criminality. For example, British bank HSBC was caught running tax evasion, money-laundering for drug cartels and other illicit schemes estimated at $180 billion--more than a thousand-fold the level of criminality alleged at FIFA.


Wall Street banks, like JP Morgan, systematically rigged gold price markets a shady bid to shield the US dollar value, affecting the price of basic commodities and livelihoods for billions of people worldwide, and estimated to be of the order of trillions of dollars—a thousand thousand-fold the FIFA fraud.


These banks, with Citibank, Bank of America, Goldman Sachs, Barclays, Deutsche Bank, Credit Agricole among many others, all promoted the toxic financial derivatives that made their executives multimillionaires but which led to the global financial and economic meltdown in 2008, and the robbing of the world national treasuries. Millions of lives have ruined from unemployment and the collapse of pensions and savings funds to feed the greed of the banking and financial executives and the ensuing austerity imposed on the public to pay for the financial catastrophe, deliberately and recklessly engineered by the major banks, hedge funds and other capitalist investment agencies.


The meltdown of financial markets in 2008-2009 was the result of institutionalised fraud and financial manipulation. The ‘bank bailouts’ were implemented on the instruction of Wall Street, leading to the largest transfer of money wealth in recorded history, while simultaneously creating an unsurmountable public debt.
Michel Chossudovsky, The Global Economic Crisis

Generations of children to come will be forced to pay for the trillions of dollars of debt created by the banks. Thousands of people have already died from the austerity governments imposed on their public to pay for the massive corporate fraud, tax evasion, fixing and embezzlement that has occurred.


Yet not one board member or executive from the major banks involved has been charged, let alone prosecuted or imprisoned, and the baks have rewarded their political puppets, Barack Obama and David Cameron by donating cash to help to re-elect them.