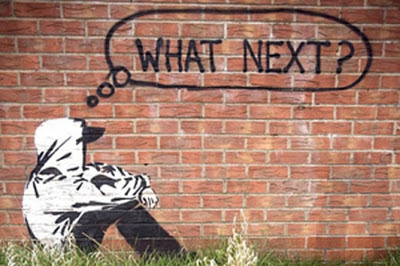 Our economic system urging both parents to work causes immense damage to children. 20 per cent of young people aged 18-24 are unemployed in the UK, a far higher rate than for the rest of the age range (16-64), which was 8.4 per cent. In the US, the unemployment rate of 16-24 year olds was a staggering 53.4 per cent! Yet the government continually increases the retirement age forcing the elderly to work in the expectation that they will die without ever collecting a state pension, while the youth have zero prospects. Does this make any social sense? It will leave a generation of young people wasting their youths struggling to find work, while the elderly have to work to avoid pension poverty.

It is all part of the One Percent's strategy of bringing on a Third World wage economy by driving people to accept low pay or face losing their jobs in factory closures and switches to the Third World. This was proved by a report from the UK Labour Force Survey which found 5.3 million workers put in an average of 7.2 hours of unpaid overtime a week last year, worth around £5,300 a year per person. 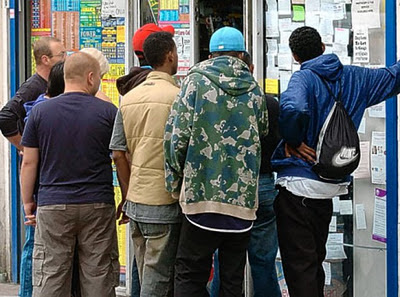 What is needed for social and economic fairness is, first, for the rich One Percent to cough up more of their accummulated wealth—in short, for them to pay their whack to alleviate a crisis brought on by their own greed. Then, second, for everyone else the available work should be shared fairly. A shorter flexible working week would provide more free time, allowing parents to spend more of it with their children, and teenagers more chance to get work skills. 20 hours a week seems a sensible sort of level, but the whole idea flies in the face of orthodoxy. If wage rates remained the same, many people could not afford it, so other changes would have to be made. Readjustments have to be made—increasing pensions and reducing the retirement age, allowing jobs to be released for the young to get essential work experience.

One idea touted for long is that everyone should get a state allowance—rather like the UK Child Allowance—replacing multiple benefits, then those who would rather not work, the elderly, the infirm, yes and those content not to work but live on a low income but be able to develop their personal skills, be educated better, become artists, musicians, develop their own businesses They need not be employed, leaving them free to do as they wished, while those motivated by remuneration could fulfil their own ambitions. In this increasingly technological world, we all, governments too, have to get used to the fact that when robots are doing the work, employment will be at a premium, but businesses and the economy still requires people, employed or not, to be able to spend. Robots do not. Without spending power no one can buy, and no one can make money serving robots!