After the UK bank bailouts in 2007-8, which the National Audit Office said emptied the British exchequer by almost a trillion pounds, UK Labour Chancellor, Alistair Darling, said the banks were henceforth to show restraint, and boasted of the 50 percent supertax he had imposed on bankers’ bonuses. Actually, it was a one-off payroll tax that would only raise £550 million—about 0.06 percent of the money the robbers had received. The bleating professional defenders of the City called it a fresh attack on that sacred institution, but nothing is being said about it now that banks are rewarding their executives, like Stephen Hester of RBS, for that staggering robbery of the treasuries of all the leading capitalist countries, leaving everyone except the ruling junker class tantamount to being bankrupt. 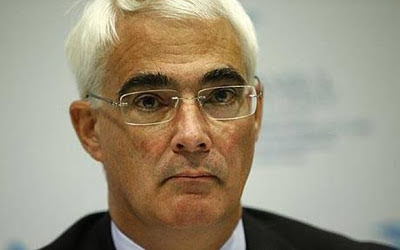 The measure, feeble and ineffective as it was, would prompt defections from the City, the publicity lobbyists claimed. All of these bankers can, apparently, get immensely rewarding jobs anywhere else in the world, and now they shall! It is their own propaganda, though doubtless, like all greedy opportunists, they believe it. And Darling said the banks would actually pay the bonuses tax, so the burden again falls on us, guileless slaves of the rich, whether it is through the exchequer or through the banks that we are robbed. John Whiting, tax policy director of the Chartered Institute of Taxation, immediately warned that the banks would find ways around the tax!

Bonuses are only part of the problem. Income tax is not merely unfair, it is regressive—the richer you are, the less you pay. One of the very richest men in the USA, Warren Buffett, has openly admitted that his tax rate (18 percent) is lower than that of his lower class secretary (30 percent). Can anyone deny that it is grossly unfair that the rich should pay less national tax than those who are much poorer? How is it possible? When income tax was introduced temporarily in 1842, even Queen Victoria paid it. The monarchy later, when it became a normal feature of government funding, was excused it. But in 1992, the British Queen volunteered to pay it again—no doubt with some persuasion—but hoping to gain popularity at a time when monarchy was under criticism.

In 1909, British Chancellor of the Exchequer, Lloyd George, set income tax at 9d (9 pence) in the pound (3.75 cents in the dollar), for incomes less than £2,000, which amounts to about £160,000 at 2012 values. He set a higher rate of 12d (one shilling, or 5 percent) for incomes above £2,000, and an additional “surtax” or “supertax” of 6d (another 2.5 percent) on the amount by which incomes of £5,000 (£400,000 today) or more exceeded £3,000 (£240,000 today). This scheme, applied today, would mean rich people simply pay tax, not supertax, on earnings up to £240,000, but would owe the exchequer £4,000 as soon as they earned £400,000. Effectively, the rich would experience a hike in tax of just 1 percent of their income when they went through the £400,000 barrier, hardly a backbreaking jump. As things stand, the megarich would simply hire top accountants, lawyers and lobbyists to ensure the nation never gets the money they owe it, if everyone else does! But, if this sudden hike were sufficiently large, and avoidance and evasion of it were treated strictly as criminal, banks and corporations would not be inclined to overpay directors, and they would not want to recieve more than the limit and suffer the penalty of the tax barrier.

Republicans brag that, when they took Congress in 1994, they lowered taxes creating an improvement in the economy, and higher tax revenues. Since then they have perpetually called for the same strategem, even though the improvement they boasted of was short lived. What they want is lower taxes for the rich, but it is cutting taxation of the poor and middle classes that improves spending, business transactions, and ultimately the economy as a whole. Money rises like a gas through the classes of any capitalist society like ours, it does not trickle down like water, at least, if it does, it does not trickle down at home where it is needed! 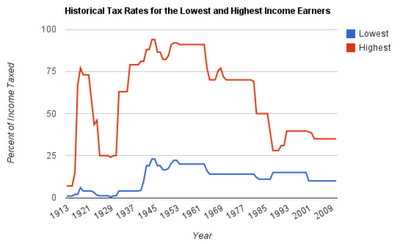 Time series suggest that governments resist raising tax from the rich except in crises. Then they have sometimes lifted taxation into the supertax category of over 90 percent. When this is done, the revenue is fed in at the base of the economy in public projects and better benefits, lifting spending power at the base and thereby stimulating the economy throughout by the multiplier effect—the way each dollar or pound is spent over and over again, once someone poor gets it to spend in the first place, and the way an initial expenditure triggers further ones, like a tin of paint for the front door stimulating the decoration of the rest of the house, which now looks shabby, then new furniture, and with fresh aspirations, a new car, a new home, and so on. It is Keynesianism. It works! So, taxing the richest boosts the economy. Reducing taxes on the rich induces them to accumulate more capital which they regretably are too often ready to invest overseas for even better profits. Meanwhile, our own economy is deprived of liquidity and unemployment and poverty rise. Tax rates for the richest were being cut until 1928, but they failed to stop, and arguably exacerbated the Great Crash of 1929 and the following long depression, ended only by WWII. Our situation today is frighteningly similar. 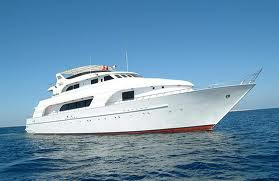 Curiously, considering that the upper classes in the USA—not to mention many of the middle classes too, albeit perhaps influenced too much by patriotic propaganda—constantly demand foreign wars, the top rates of income tax go up while wars are being fought and afterwards when their costs have to be met. In WWI, the top US rate of income tax reached 77 percent, but in the aftermath of WWII it went as high as 94 percent. The US Right Wing, who bleat their propaganda line that Obama is a “commie” when he is not being a Moslem or a Satanist, would be certain that supertax equates to communism. Yet it has inevitably preceded the US economy picking up, so that the supertax was soon lifted. Perhaps too soon. UK supertax was lifted in 1973, but replaced by rates of income tax progressiing from zero for the very poorest to much higher levels for the rich, albeit falling short of a supertax. Maybe now, it should be a permanent feature of the modern capitalist state.

HM Revenue and Customs (UK) claims that twice in the post-war years, special tax rates have pushed income tax above 100 percent. Sad parasites of other people’s work received unearned income from stocks and shares, and apparently paid the taxman more than they earned. They must have been Warren Buffets living in cardboard boxes under railway arches. It is a highly dubious calculation which must assume that the different rates are applied additively. They were not. Some rates were either/or, not both in succession. No wonder the tax men leave the calculations to each of us ourselves to submit via self assessment. The people who do pay rates of over 100 percent are the poorest—those on benefits who lose all of certain benefits when they earn above certain levels of income. Unless the increase in income exceeds that lost by loss of benefits, income declines, so the effective tax rate of such poor people is over 100 percent. This is very common indeed, and explains why many people give up looking for work. 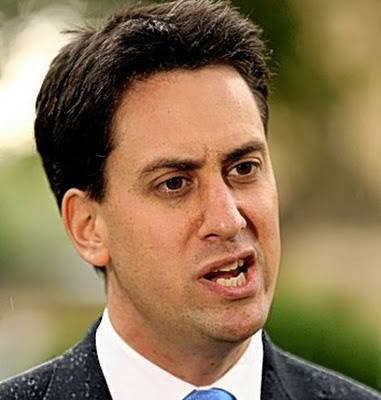 When a nation is divided into two contending classes, both cannot have their own way. Democracy is meant to ensure the majority rules, subject to its laws not oppressing the minority, but, for that, it has to be fair. It is not fair when one section owns all the media, and the rich can do that through their wealth. The American paranoia about socialism leads ordinary Americans to accept the rich man’s propaganda, and support the rich man’s interests contrary to their own. So that when sensible policies are proposed the people are confused by those who want a less practicable and more greedy policy, so that what emerges is precisely the wrong kind—acquiescence in wasteful policies, such as militarism and imperialism, rather than taking steps in the right direction.

The British Labour Party has exactly the same problem. Beguiled by Blairism and topped up in the Blair years with careerists and opportunists, it is quite incapabale of taking the right decisions. Even though the Con Dem coalition is on shaky ground, and the people are sick of the succession of Thatcherite policies over the last thirty years by successive governments, the Labour leadership is tied to its outdated mode of thinking—deregulated neo-liberalism—when something new, and actually left wing is needed in the face of the bankers and the junkers.