What Civil Disobedience has Done for Us 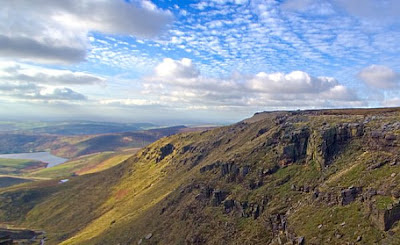 Peter Frost, the author of the definitive Haynes Camping Manual, has been writing about a memorable event in the history of political struggle in the UK—in this case the struggle for access to land grabbed in centuries past by so-called noblemen—the Kinder Scout mass trespass. The great act of civil disobedience was inspired by young communists and is widely recognised as the event that opened up the enjoyment of the countryside to ordinary people and led to the establishment of our National Parks and to countryside access legislation. Though it happened 80 years ago, those who enjoy the British countryside are still enjoying the benefits of this act of political defiance, and act that shows what mass resistance can do, even in our right dominated supposed democracies.

Then, in the shadow of mass unemployment, lads and lassies from northern mill towns with little or no money sought free entertainment by walking the high countryside, much of which was private shooting estates and grouse moors. Frequently turned away by gamekeepers protecting the private shoots, members of the Lancashire branch of the British Workers Sport Federation (BWSF) decided they would make a public mass trespass on Kinder Scout, the highest point in the Derbyshire Peak District. Some of the BWSF were members of Manchester Cheetham Young Communist League, and they advertised their trespass in the Daily Worker, the forerunner of the present day Morning Star. The leader of the trespass was a Young Communist called Benny Rothman. 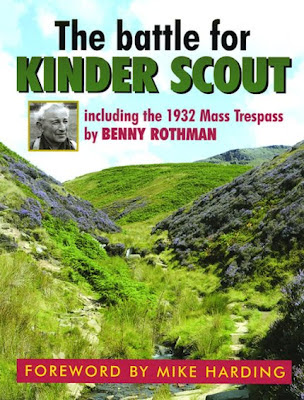 Fortunately Benny wrote the whole story down and his book was published in 1982 to celebrate the 50th anniversary of the trespass. Today his book, long out of print, is a collector's item. Rothman's unique story is still an inspiring read, so a much enlarged version has been published to mark the 80th anniversary of the trespass (The Battle For Kinder Scout, Benny Rothman, Willow Publishing, £9.95). The new volume has more pictures, many in colour, more eyewitness reports and tributes to some of the participants such as Communist folk singer Ewan MacColl. The new and additional material, albeit focused on a single issue, makes this an inspiring guide to those in the battle for equality, fairness and justice for ordinary people.

Ignoring “Trespassers will be prosecuted” signs, Benny led about 400 ramblers from Bowden Bridge quarry on Sunday, 24 April, 1932. The trespassers scrambled up towards the Kinder plateau and came face to face with the Duke of Devonshire's gamekeepers armed with sticks, and a scuffle ensued in which one gamekeeper was bruised. The ramblers pressed on to the plateau, where they were greeted by a group of trespassers from Sheffield who had set off that morning, crossing Kinder from Edale. Five ramblers were arrested, four others besides Rothman, and they were charged the next day with unlawful assembly and breach of the peace. Rothman had a previous conviction. He had been jailed earlier for chalking slogans welcoming the launch of the communist newspaper, the Daily Worker, in 1930. Benny Rothman was a firm supporter of the Daily Worker and the Morning Star all his life.

All pleaded not guilty and were remanded to be tried at Derby Assizes by a jury consisting of army officers. Five were found guilty and were jailed for between two and six months, with Rothman getting the longest sentence. It unleashed a huge wave of support and public sympathy, and brought unity to a divided community. Previously, other more respectable and more middle class bodies like the Ramblers and Holiday Fellowship had strongly opposed direct action and the trespass, but public opinion shifted with the reports of the prison sentences. 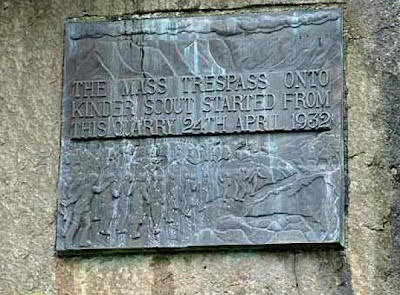 A few weeks later more than 10,000 ramblers—the largest number in history—assembled for an access rally in the Winnats Pass near Castleton and the pressure for greater countryside access continued to grow. That pressure led in 1949 to “The National Parks and Access to the Countryside Act” and to the establishment of Britain's first national park to preserve our countryside treasures. It also led to the Countryside and rights of way legislation that we enjoy today.

At the celebration of the 70th anniversary of the trespass, the Duke of Devonshire and owner of the Kinder Scout grouse moor made an amazing admission:

I hope to have the opportunity of making an apology on behalf of my family. The ramblers were entirely in the right. My grandfather, I think, took the wrong attitude.

In April this year, the Kinder 80 festival, which spanned a week, included nearly 30 walks, talks, exhibitions and events in and around the Peak District. The event was launched at the Moorland Centre in Edale, Derbyshire, where there was a Trespass exhibition. The event saw the launch of the revised, updated and expanded version of Benny Rothman's book. To end the festival was a ceilidh in Sheffield. Kinder 80 committee chairman Roly Smith said:

The 1932 mass trespass was an iconic event not only for freedom to roam legislation, finally achieved by the Countryside and Rights of Way Act of 2000, but as a catalyst towards the creation of our National Parks of which the Peak District was the first in 1951. The Trespass anniversary has become an important date in the outdoor calendar and many people believe that the sacrifice made 80 years ago by these ramblers should never be forgotten. 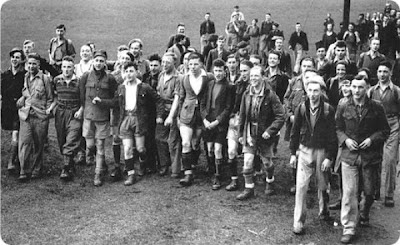 Today the fight to protect the British countryside goes on. Cameron and his coalition government have slashed National Park funding by a quarter and have sought to sell off much of our national forests. Public bodies charged with protecting our landscape, like the Environment Agency and Natural England, have seen their budgets slashed too. The right to enjoy Britain's landscape was never just handed down freely as many people, devoid of historical knowledge and even interest in it, think. Like most of the rights we enjoy, we have fought for them. They have come to us as a result of political struggle and activities like the Kinder Trespass, struggles that still go on today. We let them cease at the risk of again being enslaved.

More can be read by Peter Frost in the Morning Star by searching for “Kinder Scout”, and there is a web page at Kinder Scout Trespass. The book by Benny Rothman is available from Amazon.