A Systemic Concentration of Power and Wealth 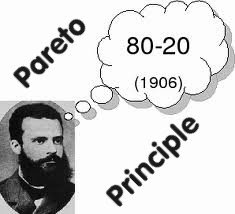 In 1906, an Economist named Vilfredo Pareto discovered that around 20 per cent of the population in his native Italy controlled around 80 per cent of the land. This observation has come to be known as Pareto’s Principle. He also found that, while ratios of wealth and control varied in detail from country to country, the broad distribution is always the same—wealth, regardless of human effort, tends to accumulate. That accumulation is also called wealth condensation, by analogy with the condensation of a gas. The popular expression is “money makes money”.

Now the New Scientist reports on a study of 43,000 transnational corporations and the share ownership which connected them. The Swiss Institute of Technology in Zurich used for the study a 2007 Orbis database of 37 million companies and investors spanning the globe.

A core of companies, mostly banks, has excessive power over the global economy. 1,318 companies with intertwined ownership structures, representing 20 per cent of global operating revenues, were on average connected to 20 other companies. This group of 1,318 controls most of the largest blue chip and manufacturing firms—the real economy—taking in 60 per cent of global revenues from goods and services. This group included a “super entity” of 147 companies that controls 40 per cent of the network’s wealth, several of the top 25 of which have familiar names:

The 147 of the surveyed companies controlling 40 per cent of the network have condensed—concentrated—a vast level of wealth into their coffers, just as Pareto would have predicted.