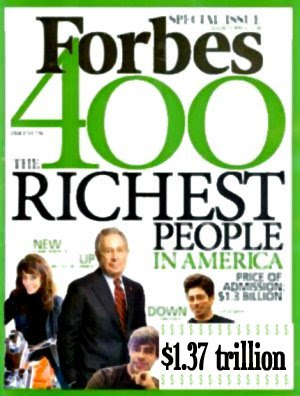 “Will I be the next Gaddafi?”, is the sort of question that some corporate CEOs are beginning to wonder, according to Forbes’s Dov Seidman. The Arab Spring followed by the invasion of Libya, and the murder of the Libyan despot by rebels, and the movement now to protest all over the world against corporate greed and the demolition of society as a consequence has forced the question on to executives convinced until now that they could do no wrong because greed was the modern motivator.

CEOs of a multinational companies are worried that employees or consumers will organize against them, grab their ill-gotten gains and throw their corpses into a ditch.

Seidman points out that OWS demonstrators are demanding freedom from the current system. Employees that join the movement want less slave driving and more made of their creativity and collaborative spirit at work. The protesters have initiated an overdue discussion ignored by business and political leaders for too long. The protesters’ conversation may touch upon issues of fairness and justice, but it is fundamentally about freedom. They do not want a free ride, but the freedom to pursue a meaningful life and build a sustainable career. Our current economic system does not provide that freedom.

The world is hyper-connected and interdependent, so that instability is no longer localized. We rise and fall together. A banker anywhere can lose his company billions of dollars, force the resignation of his CEO and send shock waves throughout global finance. A vegetable market trader in Egypt can trigger the fall of Mubarak, which in turn offers the US and Nato an excuse to unseat Gaddafi to deny China access to Libyan oil, and dole it out to the allies on behalf of the über rich. General dissatisfaction can become specific. If a company mistreats a customer, a wave of protest might sweep him out of his office, or close down the corporation.

Employees are beginning to reject hierarchical structures, control processes, and performance based rewards and punishments. Seidman cites The HOW Report, commissioned by his own company and reported in The Economist, which show self governing organizations get more of what they want and less of what they don’t want. They:

than normal top down corporations. The command structures of the Industrial Age are no longer effective. People work to eat, that is obvious, but it has also been known for a century that, given that they will be paid adequately, people want to feel part of a communal effort to do something to be proud of. If money is the only incentive for work, then any employee will move for a better paycheck. If price is the only reason for a purchase, in hard times, they will go for the cheapest. Once consumers feel the pinch, business will fall into depression, so the intelligent CEO must favour fairness in society.

Unemployment is high and must be solved, but many of the OWS protesters have jobs. They are people, though, who see what too many CEOs do not, that corporate and class greed will wreck their own jobs and careers. Already many recent college graduates cannot find suitable employment for their ambitions, and to pay the cost of their education. The cornering of much of the money supply and stashing it in emerging economies by the 1% of über rich and the banks that manage their wealth, leaves too little in circulation here, forcing cuts in jobs and prices, cuts that eventually will sorely affect us all.

The banks must write off much of the debt they have imposed on the world, so that ordinary consumers will feel able to consume again. The über rich will take the hit, but they can afford it, and by so doing the values of their stocks have a chance of remaining buoyant, ensuring the recovery of upper class wealth in the longer term. Failure to do it leads to the Gaddafi scenario of rebellion, bloodshed and carnage, which the fascism state can only stop for a while, never for long, as modern dictatorships prove.