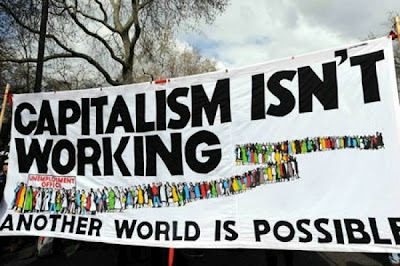 We’ve had enough! The trade union movement is mobilizing for “a future that works” this autumn. It is the sheer hard work of our nations that is keeping this country afloat. And what thanks do working people get? Slagged off as lazy by Tory backbenchers who have no idea in their well paid sinecures what it is to struggle.

The “lump” is back with millions having to give up entitlements to holidays, pensions and fair wages by declaring themselves “self-employed” to get work. The answer to getting the economy out of its government-induced coma is to transfuse some of the stashed £billions out of bank vaults and where they should be, in our factories, on to our high streets and into building homes.

Even the government’s former allies agree their cuts policy is causing harm. Those who supported cuts two years ago, having seen the effects of austerity are calling for a change. The policy is hurting but not working. In fact, rather than repaying £2 billion in the summer the government had to borrow another £600,000. The chancellor is clueless.

Young people who have done everything asked of them, schooling—a university degree while amassing choking debts, volunteering to get experience—find themselves on workfare, stacking shelves just to keep their job seeker’s allowance. Either that or penniless having to depend on parents or friends, sleeping on their sofa or carpet. Others in work are assailed by the falling pay, the rising cost of food, and the rising cost of simply getting to work. Public services that many people rely on are just closed down and the people running them dismissed. 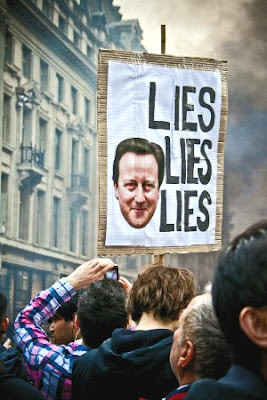 We have all been accused of spending too much, but many trades unionists report they are now having to borrow each month just to get through it. They survive but deeper in debt while those £billions remain in the vaults. While workers’ pay fell in real terms by 1 percent in the latest year, the rich paid themselves 8.5 percent more!

These are reasons to march with the trades unions on 20 October. What we are marching for is the future of our country. The government is impoverishing the nation, economically and socially. We must stand up against it. We must be counted. We cannot stay silent watching our TVs. History has led us here because of the values our grandparents and their parents fought for, and we value, decency, fairness, seeking to end poverty, security. These timeless ideals are being trodden down by privileges buffoons. Will you watch them do it and simply shrug? Your response will decide our future. Note down 20 October in your diary, and find the nearest coach taking people from near you. Mark it with the words, “no More”.