Regulation and Severe Personal Penalties Needed to Get Ethical Management

Many accountants believed that markets are efficient and as such, a lot of the issues of earnings management would be corrected by the markets. But this belief has changed over time, and we understand better now that earnings manipulation occurs and does indeed affect markets.
Prof Ramy Elitzur, University of Toronto 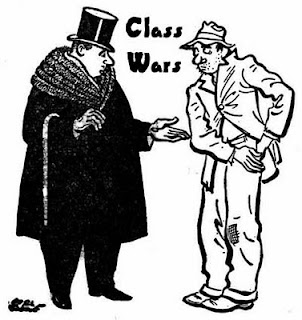 The case of Enron is famous. The scandal in 2009 at Satyam Computer Services was called India’s Enron. The bank collapses in the last few years are worse. Satyam’s chairman, Ramalinga Raju, admitted to years of systematic inflation of earnings and assets, beginning with small manipulations of account statements that eventually inflated hugely. Elitzur:

For a long time we’ve asked ourselves, “How come smart, rational people carry out short term schemes that in the long-term undoubtedly are going to sink them?”.

So why do corporate managers do it? Why do they lie about their companies’ earnings eventually damaging themselves and their company. Elitzur, who is Edward J Kernaghan Professor in Financial Analysis said:

The answer is “we’re not rational”. We’re rational only in a limited sense.

A limited capacity to see the whole picture, known as “bounded rationality”, and a faulty ethical compass are the main reasons. More important perhaps, and certainly as important, is why shareholders let them get away with it. Elitzur’s study finds shareholders are just as guilty as their CEOs. They have the same weaknesses. In particular their opportunities for insider trading—an illegal practice still—is linked to the CEO’s earnings manipulation.

Prof Elitzur says that it took a decade to develop his model and get it published partly because of corporate resistance to his findings.

The study model combines game theory—used to predict strategic behaviour—with the idea of bounded rationality, that our decisions are always made within bounds, within the limits of available time, information, and the human capacity to analyze it. Rather obviously, Elitzur says:

If we would like to have managers who engage less in earnings manipulation and insider trading, we should look for managers who are more ethical, and suffer less from bounded rationality.

What is less obvious, indeed counter-intuitive, but potentially vitally important is that Elitzur’s model suggests that choosing less ethical managers is not in the best interests of shareholders, unless they are sold on dishonesty. Penalizing unethical and damaging behaviour and anyone encouraging it is the atraightforward way of stopping it from happening. Some provisions are already in place in the US to guard against these tendencies, the authors conclude.

But the fresh regulation that is desperately needed in our business and banking sectors, at the very top ought to include severe penalties for such transgressions. Pleas of ignorance should not be an adequate defence, for ignorance at the top is then negligence and that too should be severely penalized. Perhaps in such cases of criminal negligence, the notion of limited liability should be dropped. Negligent CEOs ought to be liable for the damage they have caused.