Join the Protests against the Greedy Bankers and their Rich Clients 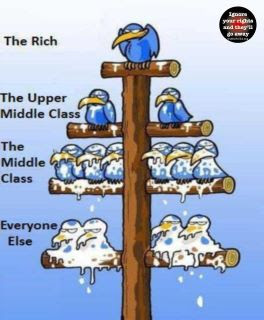 Politicians, most recently European ones, tell us the bankers know best, and so we are wise to let them be in charge of defaulting economies like Greece and Italy. No democratic elections have been held to let the voters pick a new government but technocrats are bringing in total banking domination, as the world’s real economies go down the tubes. So much for the democracy that our banking paid politicians go to wars so frequently in the name of.

Now bankers lent money to weak economies in the first place, so, in the logic of capitalism, bankers made bad investments, and when those weak nations default on their debts, the bankers ought to carry the can. Instead they are given control of the defaulting countries—with the cover propaganda echoing through our ever so fair and democratic media that the countries are bankrupt—so that they must impose austerity, squeeze the people, sack government employees, thereby increasing government costs and decreasing tax income, with the outcome that the banks can lend more to the blighted nation to incur more returns for the banks! It is insane for everyone except bankers and their clients, the über rich class.

At one time, pre-Reagan and Thatcher, if banks took undue risk, they were penalized by the system, but, since Reagan and Thatcher set the greed ball rolling, the more risk bankers take the greater the rewards they get, being bailed out at the cost of empty treasuries when necessary rather than letting the duds and cowboys go bankrupt, and to jail.

Interest rates are zero or fractional per cent so the money is not fed back to customers as a reward for keeping their assets safe, as they used to be, and banks were intended to do. While the banks pay negligible percent, they are lending the money, everyone put in their care, to defaulting countries at exhorbitant interest rates, effectively directly extracting the difference in interest earned from the people working in that country into the banker’s coffers. With bank deposits yielding almost nothing, and inflation growing, the banks are effectively robbing the accounts of their customers. Such blatant larceny and theft has not been seen since the Nazis stole from Jews and opponents in Germany in the 30s.

Yet these gangsters, banksters, bandits are being put in charge of our destinies to preserve the fortunes of the 1 percent of very wealthy people. Join the protests against them. Your own rights are rapidly disappearing. Defend them!