The UK Far Right is Ready to Arm Against British Moslems 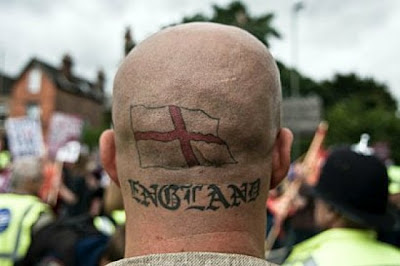 In a survey of political extremism—From Voting to Violence? Far Right Extremism—Dr Matthew Goodwin, of the University of Nottingham’s School of Politics and International Relations, and Professor Jocelyn Evans, of the University of Salford, examined a YouGov survey of 2,152 supporters of the British extreme right wing parties, the British National Party (BNP), the UK Independence Party and the English Defence League (EDL).

To call a spade a spade, these are fascist or crypto fascist parties, so the results are hardly surprising. Large numbers of BNP and UKIP supporters agree that violence between different ethnic, racial and religious groups in Britain is inevitable. The BNP holds that view more strongly. Many went as far as approving armed conflict to ldquo;defend &the British way of life”, evidently a euphemism for killing British Moslems. Dr Goodwin said:

It is current and former BNP members who are the most likely to think that violence may be needed to protect their group, and that inter group violence is largely inevitable.

Large majorities of BNP and UKIP supporters are convinced that Islam poses a serious danger to the West. Dr Goodwin added:

The authors stress that the report is exploratory rather than a definitive assessment of far right views. Their intention is that this will lead to far bigger research project analysing the beliefs held by far right extremists.

We want to examine whether these views, taken from a relatively small sample, are specific to the far right in Britain. This would include a much larger national population and serve to strengthen the evidence base we have, which is currently weak compared to that on religious extremism. No doubt a lot of ordinary British people, readers of the dominant right wing press which daily stirs up hatred for immigrants, feel the same way. The answer is not to kill people but to stop hate mongering by millionaire press barons. Certainly, if we are to believe the history of Christianity, that Christians cite proudly, making martyrs of a persecuted monority is only likely to feed religious fanaticism. The Christians boast of their martyrs, just as do the Moslems, but Christians have few martyrs these days, they have millionaire TV evangelists instead, but our insane governments are giving Moslems all the modern day martyrs they need.

Fascists always pick on some unpopular minority to foster hatred of. It is a way of uniting people who otherwise have nothing in common, except their hatred or suspicion of the minority. For Hitler it was the Jews. For the Zionist Jewish state of Israel it is the Palestinians, who are, of course, Moslems. For western fascists the Moslems are the hated and feared minority, but the fear has been engendered by western and Israeli governments grossly abusing Moslem people in their own countries for decades, and indeed centuries.

Despite the justified suspicions of Romans, Christians ended up dominant, forcibly closing all rival religions and introducing a thousand year dark age in Europe. Those who refuse to learn from history are forced to relive it, as George Santayana famously said, though few people ever took any notice, especially the far right and our right wing politicians, whose simple philosophy is “if a battalion is not sufficinet to win, then send in a division, and if that is insufficient then send in an army, and if…”. Greater force is their perpetual answer, but all they do is lose the people, causing massive bloodshed in the meantime. If there are devils in the world, these right wingers are they. They are a distraction from our real enemies, the 1% and their management and banking prostitutes.

Most Moslems by far in the west are poor, they are with us among the 99% and so are our allies. Unite with them! 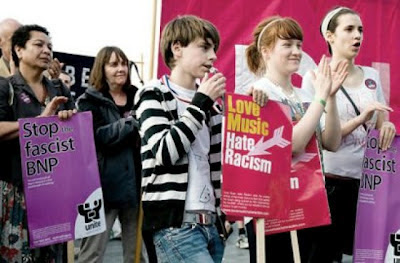