Hey You British: Why Not Join The Union? 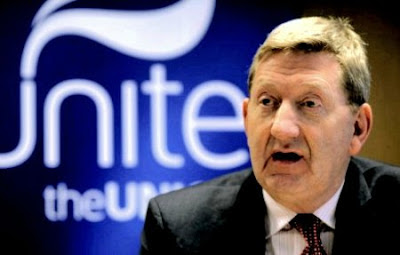 We need to raise people’s consciousness. They have been battered for the last three to four years by the media who, combined with the political leaders of all three main parties, have been telling them the cuts are essential to prevent economic collapse.

He believes austerity is not working and the government should change direction, and that the public is increasingly angry about tax avoidance by the rich. Having millions of people out of work, including over a million young people, is not a price worth paying. We need an investment bank to invest in green industries and to put hundreds of thousands of unemployed building workers back to work constructing thousands of new homes for sale and rent.

Unite has introduced community membership, costing 50 pence a week, giving anyone not in work a chance to join the union. McCluskey says it’s intended to “to ensure we look after people from cradle to grave and make sure we are the big society”.

Why not join the union? It’s 50p a week payable by direct debit.