The Second Amendment and US Gun Obsession 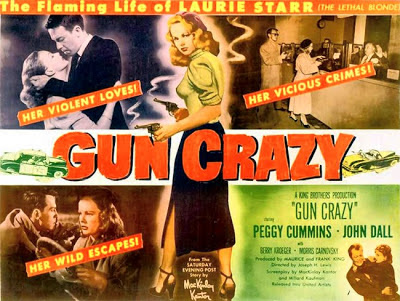 Of the 34 countries in the Organisation for Economic Co-operation and Development (OECD), the US ranks fifth in homicides, just behind Brazil (highest), Mexico, Russia, and Estonia. Our nation also holds the dubious honor of being responsible for half of the worst mass shootings in the last 30 years. How can we explain why the United States has nearly three times more murders per capita than neighboring Canada and 10 times more than Japan? What makes the land of the free such a dangerous place to live?
Eric Michael Johnson, Huff Post Science

Ryan Hurl, professor of political science at the University of Toronto, Scarborough, helps Canadians understand the US attitude to the second amendment to the American constitution.

The US Second Amendment to the American constitution states:

A well-regulated militia, being necessary to the security of a free state, the right of the people to keep and bear arms shall not be infringed.

What does that mean? The is not entirely clear and it’s subject to contrasting and even conflicting interpretations. The meaning of the second part of the amendment—the right of the people to keep and bear arms is plain. People can keep and bear arms. But the implication of the first part is that they can do so so that they are able to make up a militia. That is what much of the disagreement is about. For Americans at the time of the revolution, a permanent army was regarded as a threat to freedom, yet all states had a standing army. Alexander Hamilton saw the need for the USA to have a professional army. So, the argument is about the dangers of a standing army, and a military establishment. When the constitution was being debated, people argued that a national professional army would be setting up an home grown equivalent of the British army—a threat to the autonomy of the individual states. The second amendment was to legitimize the legality of the states to have their own militias, to limit the power of the federal government to regulate firearms. 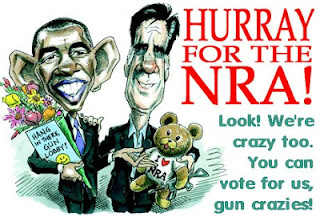 For the first century of America’s existence, the second amendment was not a question. In the few cases where the Supreme Court dealt with the second amendment, they have said it doesn’t make sense to understand it as an individual right in the same way as freedom of speech, but citizens have persistently interpreted it that way. There is a pretty strongly developed individual rights interpretation of the second amendment that has bipartisan support. But the Bill of Rights was itself considered a limit on the power of national government rather than an absolute expression of individual rights. This original understanding of the Bill of Rights started to change toward the end of the 19th century, if not later.

Some people make the point that we have weapons now that the founding fathers couldn’t have imagined, things like semiautomatic rifles. Should this change the discussion? Maybe it should change the discussion, but people will have different views about how the discussion should change! Part of their concern here is that people should be able to resist government. Governments can be controlled by tyrants. It is good that people can resist the government if necessary. In the 1960s, Democrats like John F Kennedy and Hubert Humphrey made claims like this. So some people would say we need to own semi-automatic rifles in case we need to resist government. Suspicion of government is something that crosses the political spectrum in the United States.

Is there room for gun control to coexist with an individual rights interpretation of the second amendment? Yes, but there are limits to what can be done. To simply say the second amendment is an anachronism that should be thrown in the dustbin of history is not going to work in the United States today. Even if we accept the notion that rights should be living, that rights should change over time, people are going to disagree about what time or history is telling them. You can’t go to history as if it was a sage on a mountaintop. You have to have a pretty enthusiastic interpretation of the philosophical capacities of judges and lawyers if you think they’re going to be able to commune with history and reach the right answer. They’ll reach an answer that might very well be plausible. You argue about these things in the public arena and ultimately it’s put to the test of voters. That’s why we have democracy.

The trouble is Professor Hurl, that we have no democracy without a democratic press, and the press in the US is extremely right wing, but it has convinced many that it is left wing, so change can only be further to the right and not to the center and left as it ought to be. No argument can therefore be balanced in the USA. Americans live in a political monoculture.