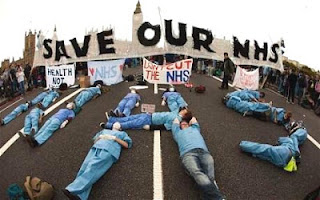 The attacks on our British NHS cannot be divorced from our membership of the EU. The aim of the EU is to entrench neoliberal capitalist policies into all member states, so that public services and public utilities must be open to private capital--privatized! The neoliberal policies of the EU necessitate ANY British government privatizing the NHS, and every other public utility and service that we valued after Attlee and Bevan had set them up in 1945-1951. We shall not be able to return to that while we remain in the EU, unless the EU went socialist, an unlikely scenario. 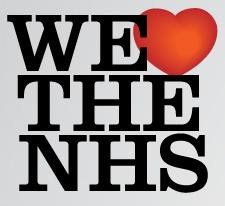 Public ownership will not be possible by law, and the European Court of Justice is not an orthodox court of law but one dedicated to administering European law, the very law that renders public ownership illegal. We are being forced into a polity that will not allow energy companies, transport, banks, health and education to be publicly owned services free of the profit motive.


Be aware of what is going on, and that UKIP has no commitment to saving any of the services we have taken too much for granted for the last 60 years. UKIP is not the answer because it is even more right wing than the Tory Dem government. It is the right wing of the Tory party, and only objects to foreigners having a say in what they want to do themselves to own us. Nigel Farage has already said he’d readily form a coalition with the Tories providing Cameron is not the leader.