The Upper Classes are More Dishonest—Official! 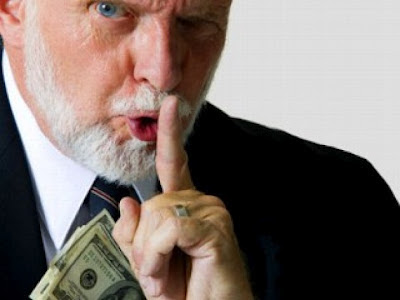 A series of studies conducted by psychologists at the University of California, Berkeley and the University of Toronto in Canada and reported by the NSF reveal something the well off may not want to hear. Those who are relatively high in social class are more likely to engage in unethical behavior. Lead researcher Paul Piff of UC Berkeley said:

Our studies suggest that more positive attitudes toward greed and the pursuit of self-interest among upper class individuals, in part, drive their tendencies toward increased unethical behavior.

The relative privilege and security enjoyed by upper class individuals give rise to independence from others and a prioritization of the self and one’s own welfare over the welfare of others—what we call greed. This is likely to cause someone to be more inclined to break the rules in his or her favor, or to perceive themselves as, in a sense, being “above the law”.

Piff and colleagues conducted seven survey, experimental and naturalistic studies to determine which social class is more likely to behave in unethical ways—to engage in behaviors that have important consequences for society such as cheating, deception or breaking the law.

In two naturalistic field studies that examined unethical behavior on the road, researchers were surprised by the differences between upper and lower class people, finding upper class drivers were significantly more likely to pursue their own self-interests and break the law while driving than were lower-class drivers. In these studies, the researchers defined social class by an observable cultural symbol of social class—namely, their car. Drivers of higher-end automobiles were four times more likely to cut off other vehicles before waiting their turn at a busy, four way intersection with stop signs on all sides. In addition, they found upper class drivers were significantly more likely to drive through a crosswalk without yielding to a waiting pedestrian.

In another laboratory study, the upper classes were more likely to cheat to improve their chances of winning a cash prize. Piff and colleagues first measured social class using the MacArthur scale of subjective socioeconomic status, where participants rank themselves on a 10-rung ladder relative to others in society in terms of their wealth, education and the prestige of their jobs. Participants then played a “game of chance” in which a computer presented them “randomly” with one side of a six-sided die on five separate rolls. Participants were told higher rolls would increase their chances of winning a cash prize, and were asked to report their total score at the end of the game. In fact, die rolls were predetermined to sum up to 12. The extent to which participants reported a total exceeding 12 was a direct measure of their cheating. The researchers concluded greed was a “robust determinant of unethical behavior”.

Plato and Aristotle deemed greed to be at the root of personal immorality, arguing that greed drives desires for material gain at the expense of ethical standards.

Due to their more favorable beliefs about greed, upper class people are more willing to deceive and cheat others for personal gain.

Study 4 sought to provide experimental evidence that the experience of higher social class has a causal effect on unethical decision-making and behavior. It was the only study in which researchers manipulated participants into temporarily feeling either higher or lower in social class rank to test whether these feelings actually caused people to behave more or less unethically.

At the end of the study, the experimenter presented participants with a jar of individually wrapped candies, ostensibly for children in a nearby laboratory, but informed them that they could take some if they wanted. This task served as a measure of unethical behavior because taking candy would reduce the amount that would otherwise be given to children. People in this study, who were made to feel higher in social class rank, took approximately two times as much candy from children than did people who were made to feel lower in social class rank. Piff concluded:

Across all seven studies, the general pattern we find is that as a person’s social class increases, his or her tendency to behave unethically also increases.