How Easily We Forget! 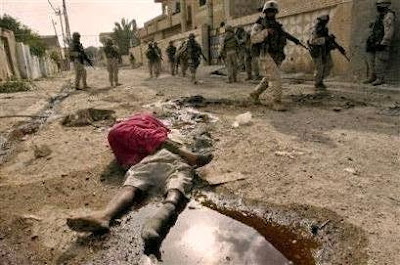 We read that within two months of the outbreak of World War I, as many as 640,000 young men had volunteered for service in the British army. They gathered outside recruiting offices in crowds so large that mounted police sometimes had to be called in to control them. 90 years on, Tony Blair had to lie to the nation trying to convince it of the moral and legal justification for invading Iraq. A century after “the war to end all wars” the British seemed convinced it should have been, and a million demonstrated against Blair’s fraud. But had popular opinion about warfare really been transformed from a stance of naïve patriotic fervour, to one of widespread aversion or abhorrence?

Cambridge visiting historian, J Winter, thought it was the consequence of a process of cultural evolution:

I do think that one reason Tony Blair lied about weapons of mass destruction was because he couldn’t take the nation with him in support of war. That is a consequence of the contribution artists, poets, filmmakers and others have made to our understanding of the horrors of war. Only a fool would argue that cultural history only moves in one direction at any given time. Nevertheless, there is clearly something that has brought most people to the view that war is simply not a legitimate human activity any more. Time and again culture has shown us that the best defence we have against the ravages of war is the human imagination itself.

There is a certain absence of reality here. It is true that artists and poets were in the forefront of those objecting to the mass murder justified as war, but in the intervening decade, the establishment has pushed warfare down our throats continually, and now there seems to be no substantial body of people willing to object to us acting like fascists in invading other people’s countries and killing poor people, men, women and children in their own homes. The lauding of heavily armed soldiers as heroes is nothing less than obscene, yet the BBC TV does it ad nauseum. With Wootten Bassett no longer the featured town for public displays of sickening one-sided sentimentality, it has now found a new one in the appropriately named, Warminster.

Our utter failure to comprehend the scale of our crimes is that we soak up the propaganda of intervention in the internal affairs of foreign countries, something that for decades after WWII was wrong because it was considered as openly fascist, the very thing that the fascist countries recently defeated, like Nazi Germany and Bushido Japan, had done in their attempts at power grabbing, but following the lead of Tony Blair—a Catholic Saint in the making when the miracle appears—in West Africa and Serbia, then Afghanistan and Iraq, the invasion of other people’s countries has become acceptable as the norm, and people now write to newspapers demanding it.

Yet, while condemning Assad in Syria for killing allegedly 8000 of his own people, the figures of how many people we are killing in Afghanistan are never published except as journalistic estimates, but they are not slight, and are certainly of the same order. The long term propaganda against Gaddafi ended up in another lie, a so-called no-fly zone, which even the Russians and Chinese were willing to accept, but which turned out to be a full scale air attack which destroyed the country’s main communications and fuelling centers, and killed 50,000 people, according to the government of the anti-Gaddafi victors. Everyone knows that at least a million people were killed in the Bush/Blair WMD attack on Iraq, and the Clinton/Blair sanctions on medicine and supplies that preceded it. 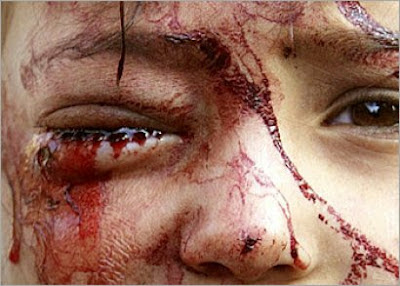 Do we seriously expect that we can treat people like rats and expect them not to bite back? Six British soldiers were killed in one explosion, to be accompanied by the usual BBC and Sky sentimentality, and mock shock.

“Ingrates! We try to help them and this is what we get.”

Just what would these people do if a foreign army landed in this “Sceptred Isle” and started to kill us in our homes, streets and fields? We certainly would not feel gratitude for the brave foreigners dying to “help” us.

Now we hear from politicians advocating the mayhem and their brain-dead supporters—including some parents of the dead, but not others—that we ought not to stop because, if we did, “our lads” will have died in vain. Does anyone seriously buy this? We have to keep sending in battalion after battalion to lose their lives until maybe we might win. It is the gambler’s insane way to recoup his gambling debts. Double up, each time. Eventually he must win. Yes indeed, if he has infinite resources to risk. In this case lives! These dolts are gambling with the lives of our own youth, and are murdering mostly innocent peasants abroad, assuming that we must win before our resources run out—before we run out of young men.

Well, at present we have plenty of young unemployed. They had better be ready to lose their lives as well as their incomes, if the present insane strategy is to work. Major economic crises, like the one between the world wars, ended up in mass brutality. The west is building up to a mass attack on Iran which could be nuclear, and will lead to many deaths and possibly a new World War with Russia and China.

It really is time for us all to begin objecting on a serious scale, to follow the lead of the sensitive souls who wrote moving verse, sang sad songs, made troubling images, and produced films exposing war for what it is—mass cull of human life—in the hopes that it really would end all war. Jay Winter thinks they succeeded, but we are fighting one long continuous war, and have lots of heroes, many dead and more horribly injured.

How can a mass cull of our own children be of value to us? We are not facing any serious external threat like Hitler. Our threat is right here at home. It is our warmongering rulers. 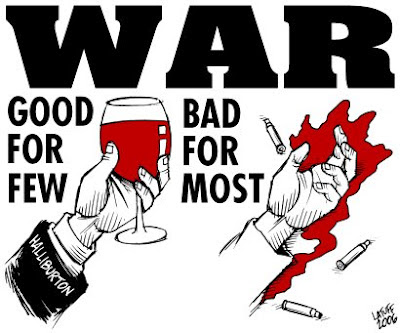