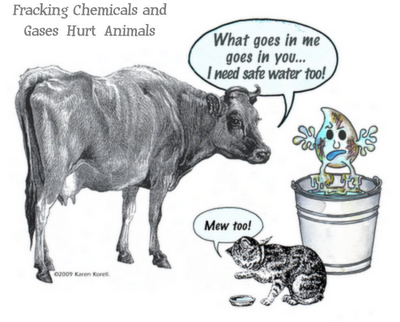 The Committee on Climate Change (CCC) says the advent in Europe of a shale gas boom—hydraulic fracturing, or hydrofracking, extracting natural gas from shale using chemicals and water—is not a game changer for energy policy in the UK. Though it has been approved as safe, reports keep emerging with a different message.

Dozens of cases of illness, death and reproductive issues in cows, horses, goats, llamas, chickens, dogs, cats, fish and other wildlife, and humans could be the result of exposure to the gases or the chemicals used in the process, Robert Oswald, a professor of molecular medicine at Cornell’s College of Veterinary Medicine, and veterinarian, Michelle Bamberger, have found. They interviewed animal owners in six states—Colorado, Louisiana, New York, Ohio, Pennsylvania and Texas—and cited 24 cases where animals seem to have been affected by the gas drilling.

The authors note that the “most striking finding” of their study was how difficult it was to get solid information on the link between hydrofracking and health effects. Consequently, it is not possible to make a direct link between death and illness due to incomplete testing, proprietary secrecy from gas drilling companies regarding the chemicals used in hydrofracking, and non-disclosure agreements that seal testimony and evidence when lawsuits are settled. Oswald said:

We have a number of case studies—they don’t tell us about the prevalence of problems associated with hydraulic fracturing, but they do tell us how things can happen.

The case studies include:

To provide better assessments of health impacts, the researchers recommend:

Without knowledge of all the chemicals being used, you can’t test before drilling. And if we don’t have predrilling tests then if you find a chemical postdrilling, how can you prove that it came from hydrofracking.

The CCC in its annual report to Parliament examines the notion of a second dash for gas by some who are optimistic that Europe will benefit from the same sort of cheap shale gas boom as that experienced in the USA. The first dash for gas in the 1990s reduced the UK’s emissions as power generation switched from dirtier coal. It thinks a cheaper option than a new “dash for gas” is a fourfold increased investment in clean energy to avoid breaking laws on renewables and climate change, though that would still raise the annual energy bill of a typical household by £100 by 2020. It says the government is giving mixed messages on gas, and should explicitly rule out a new dash for gas.

The report confirms that greenhouse gases fell in the UK by 7 percent in 2011, but says most of this was down to the warm winter, rising fuel costs and falling incomes. Only 0.8 percent of the CO2 cut was due to policies from government.

It says investment in wind power has been running at only a third of the annual amount that will be needed by the end of the decade. Plans for new nuclear power, and carbon capture and storage projects have also both slipped. There has been an improvement in insulating roofs and cavity walls but little progress on solid walls and low carbon heating. Emissions from new cars have continued to fall but there has been scant progress with vans.

The committee draws on International Energy Agency (IEA) forecasts to project that gas costs up to 2020 will remain around 80p per therm, which will make it unaffordable for electricity when the price for carbon is added. However, its projections are challenged by some who believe the global glut of gas will eventually lead to much lower prices if the historic link between oil and gas prices is broken.

The CCC says it has modelled a future with gas at 40p per therm which still shows gas confers no advantage over nuclear power. That is because the government’s controversial carbon floor price will increase from £30 per CO2 tonne in 2020 to £70 in 2030, forcing up the cost of generating with fossil fuels. Shale gas is a fossil fuel which emits CO2, though it would be hard to know it through its hard sell as a “clean” fuel. Nuclear is also being plugged as a clean option, in the sense that it emits no CO2, but the residue of radioactive waste with a lifetime of thousands of years is just polluting the earth for distant generations.

For the fourth year running, the Committee on Climate Change has made clear that a dramatic step change in ambition is needed. Too many key policies—such as the Green Deal, the Green Investment Bank and now the Energy Bill—are hobbled by lack of ambition and poor implementation.

He added that the government risked letting the Climate Change Act wither by neglect. 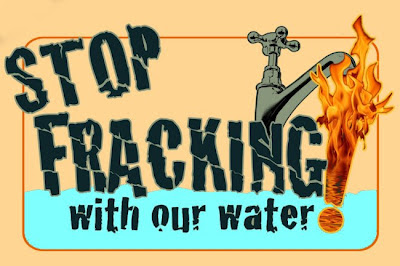