Jewish Protest Letter to The London Guardian: “Who Is The Terrorist?”

As Jewish supporters of Palestinian rights, we have once again watched in horror as Israel escalates its lethal bombardment of the civilian population of Gaza. Numerous people, including children, are being killed or wounded. Israeli casualties came only after Israel, having started the slaughter by killing a 13 year old boy in Gaza on 8 November, shattered a truce by assassinating the military leader who had negotiated it. So who is the terrorist and who wants peace? 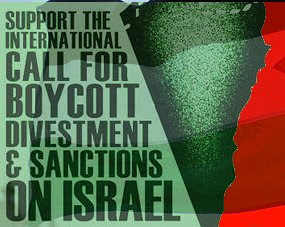 Israel’s political-military leaders cynically escalate the conflict, trying to justify their blockade of Gaza and acting tough in the run up to government elections. Having turned Gaza into an open-air prison, they again punish the Palestinians for electing leaders who attempt to resist the illegal occupation.

Too many of our media collude with the official Israeli version—that the attacks are “targeted” retaliation for rockets launched from Gaza. Despite hand-wringing by some western governments, they encourage Israeli belligerence by labeling Hamas a terrorist organization, supporting the Gaza siege and denying Palestinian rights, both within and outside Israel. We support the peaceful campaign of boycott, divestment and sanctions (BDS) designed to help achieve those rights.

What Have We Learned From Guernica?

As a Jew who escaped the Holocaust in a Kindertransport 74 years ago and who voluntarily joined the British army to help fight the evil of Nazism, I utterly condemn the disproportionate response of the Israeli government to the Hamas rocket attacks. I am dismayed that both the British and American governments have given Israel carte blanche for these acts of barbarity in Gaza. Has the world learned nothing since Guernica?