The White Poppy Tradition for Peace, Not Glorifying Dying in Battle! 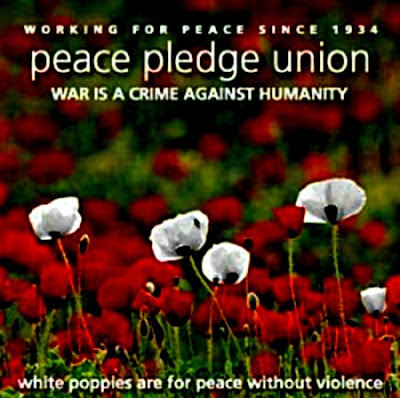 Remember the War Dead by the Peace Pledge—Wear a White Poppy!

This year—as unfortunately with the last few—Britain’s annual remembrance day will be held as war rages overseas. As civilians and troops are to be killed on a daily basis in Afghanistan, many ordinary people are becoming uncomfortable with the military hijacking the event to gain more support for the war and future wars, and are choosing to wear white poppies instead of the traditional red ones in protest.

“Stop the War Coalition” convenor, Lindsey German, points to the red poppy being more associated with supporting the military and the continuing wars than remembering the dead. She says:

I think we have had an amazing onslaught by the military this year with bands and service people at train stations putting pressure on people to buy a red poppy. But the red poppy has become associated with supporting the troops and the wars that we are in. And the way the poppy appeal is run now is not like it was in the ’50s when people knew what war meant.

The wearing of white poppies first dates back to the 1920s. The idea of de-coupling Armistice Day, the red poppy and later Remembrance Day from their military culture dates back to 1926, just a few years after the British Legion was persuaded to use the red poppy as to raise funds in Britain. In the 1930s they were sold by the Co-operative Women’s Guild and a secular pacifist organisation, the Peace Pledge Union (PPU), took part in their distribution from 1934. White poppy wreaths were laid from 1937 as a pledge to peace that war must not happen again.

A member of the “No More War Movement” suggested that the British Legion should be asked to imprint “No More War” in the centre of the red poppies instead of “Earl Haig Fund”, and, failing this, pacifists should make their own flowers.

…shows the concern for the suffering of war but rejects the idea of war. War can, and must, be avoided, and wearing a white poppy shows concerns about anybody killed in war.

I welcome the white poppy. It was first produced before the the second world war and it’s a pledge not to start wars in the future.

White poppies can be bought at: http://www.ppu.org.uk/whitepoppy/index.html. 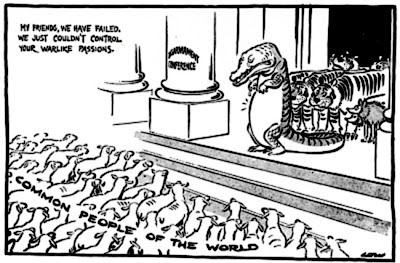