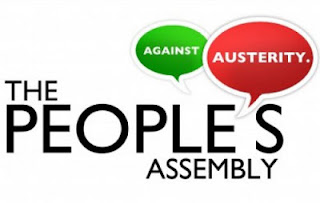 Anti-cuts activists from across Britain announced that they'll come together in June for a historic assembly against austerity. MPs, the unemployed and trade unionists are expected to flood Westminster Central Hall in a bid to show that the cozy pro-cuts consensus doesn't exist outside parliament. 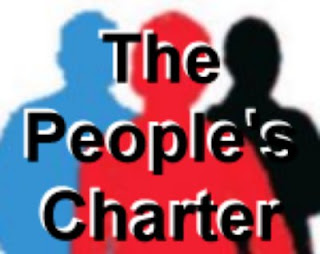 Dozens of trade unionists, MPs and grass-roots activists including the People's Charter called on those angered by public-sector cuts and privatisation to rally at a "national forum for anti-austerity views which, while increasingly popular, are barely represented in Parliament". Their launch statement said:

"This is a call to all those millions of people in Britain who face an impoverished and uncertain year as their wages, jobs, conditions and welfare provision come under renewed attack by the government. A people's assembly can play a key role in ensuring that this uncaring government faces a movement of opposition broad enough and powerful enough to generate successful co-ordinated action, including strike action. The assembly will be ready to support co-ordinated industrial action and national demonstrations against austerity, if possible synchronising with mobilisations across Europe."

Coalition of Resistance chairwoman, Romayne Pheonix, said the event was inspired by the mass grass-roots fight against austerity in Greece and across Europe.

"I think what we have is an exciting opportunity to bring together official delegates from the whole of the trade union movement with campaign leaders from across the country."

The conference—scheduled for Saturday, 22 June—will follow a swathe of welfare cuts effective from April. Funding for council tax subsidies will be cut by 10 per cent, while increases in housing benefit and a raft of other benefits will be capped at half the current rate of inflation. And the launch of the Tories' Universal Credit will give bosses the power to stop workers' benefits if they go on strike.


To register for the assembly visit www.coalitionofresistance.org.uk.
The signatories: