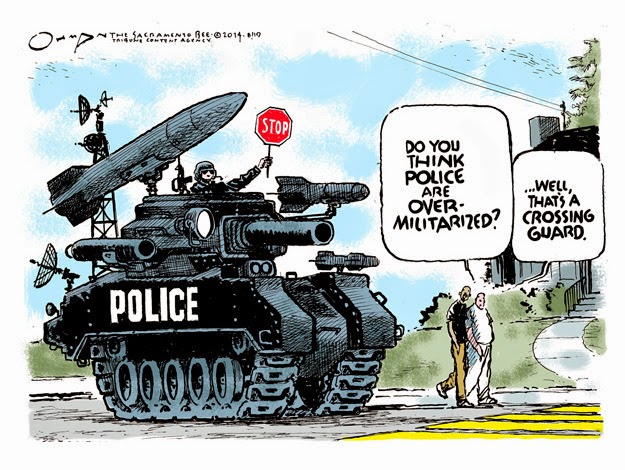 Class disguised as nationalism is the basic cause of wars in the modern period. There is no fully developed social psychology of nationalism, but there is of class… Marxism.


The essence of government is the use of force in accordance with law to secure certain ends which the holders of power consider desirable. The coercion of an individual or a group by force is always in itself more or less harmful. Those who are being coerced by the force of the state may not feel they are benefitting in any way, but those wielding the power always know that they are. They argue that if there were no government, it would not mean that force would stop being used between men. It would merely be the exercise of force by those who had strong predatory instincts, necessitating either slavery or an uncharacteristic willingness to repel force with force on the part of those whose instincts were less violent.


So the ruling elite of the world’s super power(s) are the ones who hold the power of force over everyone else, and those elite people tell us they are using force to keep at bay the horrors of communism or anarchism or Islamists or whatever they find most appropriate to single out as the ones who are currently terrorising the world.


In fact, it is they, the world’s elite who are terrorising everyone else because they are the ones with the power to do it, but their propaganda is that they use their force to save everyone else from anarchy, and we are meant to be immediately persuaded by them, their media moguls and their academic gurus that they are entirely correct. Yet the behaviour of the USA in the 70 years since the second world war, is so manifestly clear—the USA is the propagator of terror everywhere—that it is amazing anyone falls for the ruling propaganda claptrap.


If communism or anarchism or Islam have no solution to offer for the evils of the world, why does the world under the guiding force of the US industrialised military class keep taking us all into hideous unavoidable wars? The student of the modern world has to see war and its excuses as political and economic myths produced to scare everyone into submission. Americans cannot abide Islam and a religion of submission, but the US religion of submission is enjoined by all of those wonderful US Zionist Christians, supposedly free to exercise their free will, but so completely mesmerised by ruling class smoke and mirrors that they require no supreme being to fall before. They do it anyway to any authoritative enough figure they meet.


These people, like Oliver Wendell Holmes, spoke of the experience of combat as an epiphany, as offering an opportunity for heroism, “brotherhood, community, dedication, selflessness, order, command, ritual, and aristocracy in an era when all these were being eroded by bourgeois liberal society” (L Bramson & G W Goethals, “War”). And, if this is at all true, it is because the people who had taken over the running of society were the capitalists whose raison d’etre was the new liberal economics which according to Adam Smith would exercise the invisible hand of the beneficial liberal society to make everything better for everyone.


It was true, though only if you were one of the controlling elite, and that is who they meant by “everyone”. The propagandists of the rulers presented war as glorious and so on, because it was helping to save the good society offered by capitalism from all and every conceivable alternative, and tempted by all that glory, heroism and national adulation, what young person with no discernable future other than poverty and drudgery could resist?


Nationalism and the nation-state emerge as the only focus for identity for millions of alienated workers and peasant/small holders whose conditions of life have been transformed by the speed of change brought on by the insane rush by the already rich to accumulate more capital. Poor soldiers, though getting only a small share of the national wealth, could claim a large share of the national glory, which was again just what the ruling elite want, but few infantrymen ever get to realise.


Led by a militarising civil society keen to identify the personal ambition of those with no ambition but that presented to them by the prevailing glorifying of nationalism and its associated last refuge of scoundrels many people find seemingly noble cause destiny and mutual social bonding in the founding of a community they can identify with in the nation and its citizens’ army to guard endangered freedoms. They founded fascism, and liked it! The liberal rhetoric of the defence of freedom, actually served to tighten the ruling class grip on it.


The power of capitalism was to commodify everything, and with the militarisation of society, weapons were also commodified and their manufacture and use became essential to the ruling elite. Capitalism developed a superstructure consisting of a military-industrial and financial complex, as President Eisenhower noticed even from the golf tee. Meanwhile, the prospect of modern aerial warfare could suitably terrorise the nervous population for whom militarism had become the norm. Shared danger albeit in a country safe enough from most conventional warfare kept the community of citizen soldiers anxious and a mystique of war and hero worship popular among people previously glad to take a girl to a drive-in or to see a baseball match. The experience of combat was created a new aristocracy—those who had seen action, killed the “terrorists” and returned home, but their own wounds and scars, notably those that were mental and not simply physical, and those whose physical scars were too horrific to show found themselves fighting new battles and, they now found, with little help or sympathy. The real heroes were not weak, and did not need counselling and psychiatry.


Then in militaristic society, the distinction between the violent criminal and the war hero is pretty narrow, and damaged heroes often metamorphosed into horrible criminals, but the state wants to employ the thug as the agent of its force to keep society from communism and anarchy or Islam, it wants the soldier citizen to be ready and willing to kill, at the command of some state authority… but not otherwise! Where does it leave morality? Where is Christian morality when the liberal state wants the elite to exploit those simple or naïve enough not to realise they are being robbed. The capitalist congratulates himself that he is helping the poor man get to heaven, no doubt. He is willing to sacrifice his own place there for the simple reason that he only pretends to believe it for the sake of the subjects. Neoliberalism does not punish the powerful and the wealthy. They get wealthy and powerful by their using force, and they have the force of the state to maintain their privileged position.


In a just society, the private use of force should be prohibited except in rare cases, but the state actually is the class of people that administer it and benefit from it. Those people are not going to administer a just state because it would mean removing their own power to do it!


As the ruling class cannot be expected to remove their own privilege, it remains to the subject and normally submissive class to do it, as Marx explained, but it requires the poor and oppressed to become conscious of their own role and power. The first step to doing it is to appreciate that the state is not neutral but serves a ruling class of rich and powerful people called capitalists, people who are not pleasant and are not democrats. Ordinary people can rally together and give the ruling elite a surprise, and get immense strength out of their feeling of brotherhood. Hemingway wrote, concerning the Spanish Civil War when people from all over the world went to help defend the Spanish Republic against the African soldiers under the command of the fascist general Franco:


It gave you a part in something that you could believe in wholly and completely and in which you felt an absolute brotherhood with the others who were engaged in it.

Once the people, and particularly the fighting men realise what they ought to be fighting for, the revolution becomes possible.