Resisting the Financial Oligarchy and Globalisation 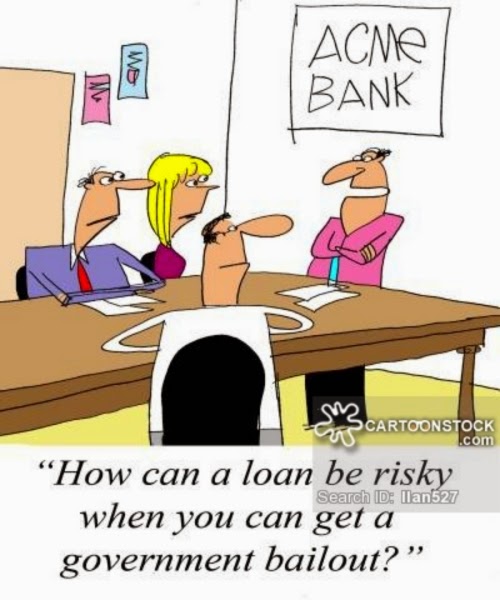 Using data from over 1,800 policy initiatives from 1981 to 2002, researchers, Martin Gilens and Benjamin Page, concluded that the rich on the political scene now steer the direction of the country, regardless of—or even against—the will of most voters. America has transformed from a democracy into an oligarchy—power is wielded by wealthy elites.


It takes big money just to put on the mass media campaigns required to win an election involving 240 million people of voting age. The stages of the capture of democracy by big money are traced in a paper called The Collapse of Democratic Nation States by Dr John Cobb.


He points to the rise of private banks, several centuries back, when they usurped the power to create money from governments. Banks are able to create money and so to lend amounts far in excess of their actual wealth. That tradition goes back to the 17th century, when the privately-owned Bank of England, the mother of all central banks, negotiated the right to print England's money after Parliament stripped that power from the Crown.


Similarly, the US colonies won their revolution but lost the power to create their own money supply when they opted for gold rather than paper money as their official means of exchange. Gold was in limited supply and was controlled by the bankers, who surreptitiously expanded the money supply by issuing multiple banknotes against a limited supply of gold. This was the system euphemistically called “fractional reserve” banking, meaning only a fraction of the gold necessary to back the banks' privately-issued notes was actually held in their vaults.


President Abraham Lincoln revived the colonists' paper money system when he issued the Treasury notes called “Greenbacks” that helped the Union win the Civil War. When Lincoln was assassinated, Greenback issues were discontinued. Presidential elections from 1872 to 1896 always had a third national party running on a platform of financial reform. Organized by labour or farmer organizations, they were parties of the people not bankers like the Populist Party, the Labor Reform Party, and the Union Labor Party. They advocated expanding the national currency to meet the needs of trade, reforming the banking system, and democratically controlling the financial system. Financial historian, Murray Rothbard, says politics after the turn of the century was a struggle between competing banking giants, the Morgans and the Rockefellers. Parties sometimes changed hands, but always pulling the strings was one of these two bankers. 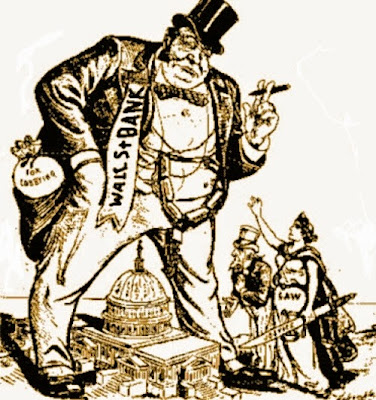 The US Populist movement of the 1890s was the last serious challenge to the bankers' monopoly over the right to create the nation's money. No popular third party candidates have a real chance of prevailing, because they have to compete with two entrenched parties funded by these massively powerful Wall Street banks. Control of the media and financial leverage over elected officials then allowed the other curbs on democracy we know today, including high barriers to ballot placement for third parties and their elimination from presidential debates, vote suppression, registration restrictions, identification laws, voter roll purges, gerrymandering, computer voting, and secrecy in government. Dr Cobb says globalization is the final blow to democracy by overriding national interests:


The awful TTIP and its accompanying legal structure, the ISDS, show exactly how serious this threat is.


So, if people wish to re-establish their sovereign powers, they should start by reclaiming the power to create money, usurped by private interests while people were gloating over their achievements so far! State and local governments cannot print their own currencies, but they can own banks, and all depository banks create money when they make loans, as the Bank of England has acknowledged.


A people's government could take back the power to create the national money supply by issuing its own treasury notes, as Abraham Lincoln did. Or it could nationalize the central bank and use quantitative easing to fund infrastructure, education, job creation, and social services, responding to the needs of the people rather than the banks.


The left has always known that freedom to vote carries little weight without economic freedom—the freedom to work and to have food, housing, education, medical care and a decent retirement.


Abbreviated from How America Became an Oligarchy by Ellen Brown in Counterpunch.