Fracking for Shale Gas Proposed in the NE Somerset Coalfield 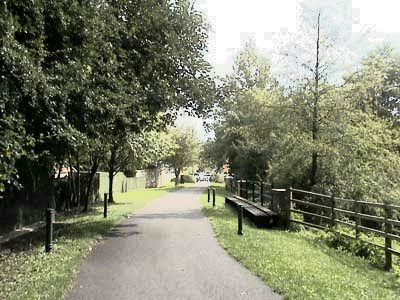 A proposal to fracture coal reserves near Keynsham has revived concerns about fracking—a risky technology. Fears about earthquakes and contaminated water have been raised by those questioning the sense of the technology. A detailed report by the Royal Academy of Engineers agrees that fracking can cause earthquakes, albeit normally small ones. The report claims they are smaller even than those caused by coal mining operations, based on the assumption that the voids left where the coal seams were cause earthquakes when they collapse, but the voids caused by fracking are small.

The point of coal mining, though is not to fracture the surrounding rocks but to keep them intact to avoid rock falls. The whole point of fracking is to fracture the rock causing cracks for the gas to escape. Consequently much larger volumes of rock are left weakened and compromised, and at some stage, as the gas leaks out, they could settle into a more stable state, there being already plenty of old coal mining seams abandoned in the coalfield. That would be likely to be a significant earthquake. Moreover, the epicenter of them will be shallow, not deep as it is for most naturally occurring earthquakes, so the energy released at the surface capable of causing damage will be proportionally greater.

The report notes that the contamination of water in Pavillion, Wyoming, caused by fracking was because of improper practices. Water wells in areas where fracking may be possible often have a high level of methane seeping naturally from the shale rock. Deliberately cracking the rock will obviously release much more methane—that is its point—so even more will end up in well and tap water. And what guarantees that good practices will always be followed when the aim is to make fast bucks? The academy recommends careful regulation and monitoring to minimize risks but who will enforce any legal rules in the insane era of “the bonfires of the regulations”.

Equally, the report did not find water wells contaminated by chemicals used in the process where shale gas fracking was being carried out. That may be so in the studies done so far, but the venture is new, the chemicals might leach out too slowly to have yet been detectable, or might leach into water reservoirs far below rather than into the surface water table. Deep water pollution is a hazard to people generations ahead, and, as such deep water takes millennia to replenish, they may be rendered useless for all practical purposes generations in the future. Moreover, the pressure and temperature below ground can cause reactions that might change the chemicals into something innocuous or something far worse!

Reuters reports that the UK has 60 years of onshore reserves and 300 years offshore—a huge 1,000 trillion cubic feet. Methane is a stronger greenhouse gas than carbon dioxide by far. That portion of it that is captured will be burnt to produce carbon dioxide polluting the air and causing global temperature to rise. Imagine what 1000 trillion cubic feet of burnt methane will do for the air. But fracking is inefficient, allowing much of the methane to escape through fractures that do not lead into the capturing system, the unburnt methane will be more harmful per unit than the carbon dioxide.

This primitive procedure is being sold as a way of creating jobs in North East Somerset, and reducing heating bills, but will utterly negate the control of carbon emissions into the air. Taking the costs of climate damage into account must mean this whole procedure is just a profit making scam. It will cost far more than anything it saves, but it will be our children who bear the ultimate cost 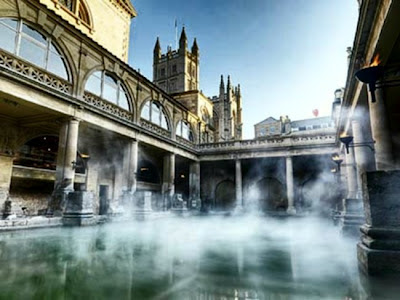 Write more, that’s all I have to say. it seems as though you relied on the video to make your point. You clearly know what you’re talking about, why waste your intelligence on just posting videos to your blog when you could be giving us something enlightening to read ?