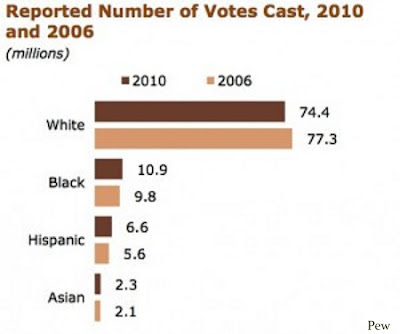 A University of California, Davis, study finds that Latinos and Asians make up half of California's population—in 2010, 38 percent of the state’s population was Latino and 13 percent was Asian—but a smaller proportion register to vote than the general population. The voter registration gap means that these ethnic groups have proportionately less say in the electoral process compared to the average citizen.

The study breaks down registration by county: