Health Act Review Will Show Whether the Supreme Court is Impartial 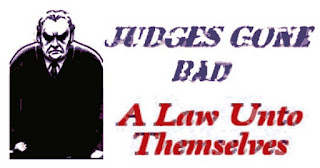 John Case of WSHC offers the following points in regard of the Supreme Court decision to “review” Obama’s health care act because its “mandate” for nearly universal coverage may be unconstitutional. Even the right wing majority of judges on the Supreme Court should only need to take about ten minutes to make their decision. The commerce clause of the US Constitution unambiguously declares:

If the health care act violates any supposed mandate preventing US citizens from being obliged to pay for general welfare as well as defense, then all taxation must be illegal too. It might sound like paradise for the rich 1 percent, but it will mean the country will cease to be manageable.

It would mean we can all refuse to pay for foreign wars, or refuse to pay for a fire department on the grounds that some of us don’t need it. We all need a fire service and we all need health care. A decision against the health care act will mean working people will be denied coverage for a host of pre-existing conditions for which they are now covered, under the act. Perhaps, instead of reviewing this act, they should review the Citizens United decision that has empowered the rich and corporations to corrupt the political process anonymously and without financial limit. The New York Times offers competent guidance in this case:

All of these issues are best resolved in the political system, not the courts. The Supreme Court ought to show judicial restraint, adhere to precedent and uphold the constitutionality of health care reform.

But don’t hold your breath. This Supreme Court:

If it approves this phony move against health care it removes its cloak of legal impartiality. It will openly declare itself an arm of the Republican party.