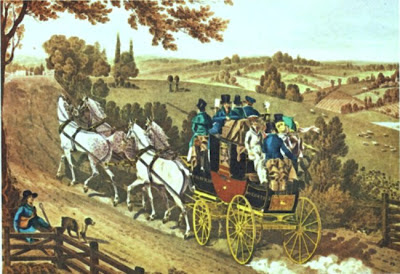 In a 50 page ruling of the cases brought by Cait Reilly, a 23 years old geology graduate from Birmingham, and a 40 years old unemployed HGV driver Jamieson Wilson, from Nottingham, who pleaded that Department of Works and Pensions unpaid schemes were prohibited under European Convention on Human Rights (ECHR).

The plea by Cait Reilly was that a scheme requiring her to work for free at a Poundland discount store breached Article 4 of the ECHR which prohibits forced labour and slavery. Mr Justice Foskett rejected it, arguing:

Characterizing such a scheme as involving or being analogous to “slavery” or “forced labour” seems to me to be a long way from contemporary thinking.

He thought both schemes “are a very long way removed from the kind of colonial exploitation of labor that led to the formulation of Article 4. The convention is, of course, a living instrument, capable of development to meet modern conditions, and views may reasonably differ about the merits of a scheme that requires individuals to ‘work for their benefits’ as a means of assisting them back into the workplace”.

The ruling sets an ominous precedent for unemployed and working people. Whatever the judge argues, workfare is a violation of human rights. His central argument seems based on a vague and nonlegal understanding of the meaning of contemporary thinking regarding slavery and forced labor in a civilized state. Judge Foskett’s understanding of it is not that of someone in the situation of being forced to work for nothing or to be forced into begging or starvation. It is the understanding of those who can gain by having a destitute work force obliged to work for nothing simply to receive what the government deem an adequate income for the so called workshy—that is the thinking of the rich 1 percent, and the comfortably off who identify with them and the government. 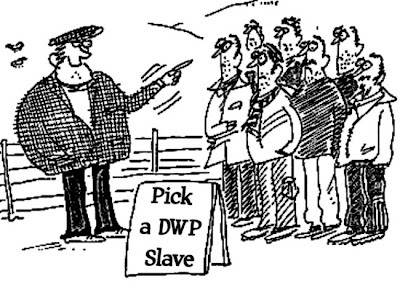 Now liberty in English law, though implied in various medieval charters and rulings, really only begins to get clear legal status from Smith v Brown (1702). In that case, Judge Holt ruled, regarding the sale of a negro in England, that “as soon as a negro comes to England he is free. One may be a villein in England, but not a slave”. A villein is not a free man but a kind of serf, obligated to a landowner to do certain duties, notably helping at sowing and harvest time, but otherwise essentially free to farm his own plots. But Englishmen can not be slaves! Holt’s ruling is important for Englishmen but did not stop the plaintiff who was allowed to allege the sale of a slave in Virginia, where slavery was recognized by law, and the English courts recognized and enforced the rights arising under Virginian law.

Considering that Englishmen cannot be slaves, but they are not lords, masters or slave owners, they must be the equivalent of freed slaves. What then did Virginian law have to say about ex-slaves and the obligations owed to them by their former masters. Interestingly, Warren Throckmorton, a US professor has, in another context, just published the 1782 Virginian law on the manumission of slaves. Virginian slave owners were allowed, should they wish it, to release their slaves as free men, but they still owed them certain obligations! Even then in a colonial America that had just thrown off the yoke of the king Georges of England, the new state of Virginia could not tolerate starving people begging for alms in the streets, as slaves would be if they were too young, too old or too sick to work. The law therefore forbade slave owners from freeing their slaves when it suited them to because the slaves were unable to support themselves. The slave owner who nevertheless wanted to free his slaves could do so only as long as he undertook to support those of them unable to support themselves. If they refused the sheriff had the power to sell off enough of the slave owner’s estate to pay for the necessary support.

That then is the essence of the slave owner’s obligations to the freed slave in Virginian law over 200 years ago. In England today, the Englishman who can never be a slave but who can not find a job when there are seven applicants for every post—seventy in some districts—and many applicants are unqualified to get the few decent jobs available, can be forced to work as if he were a slave, or be cast aside by the state without any welfare payments to beg or starve. The freed slave in Virginia was better off. His former master had to support him. In the UK today, the JSA or “Job Seekers Allowance” is often laughable, often being cut down to a negligible amount by Department of Work and Pensions gauleiters for any infringement they care to allege.

The judge’s “contemporary thinking” is plainly a lot harsher and less just than that of the founders of the state of Virginia all those years ago. All we can say is shame on him, and shame on the ECHR that leaves such large holes for reactionary, an unfeeling and right wing judge to drive his coach and four through.