Middle Class Support for Welfare Goes Up When They Feel at Risk Themselves! 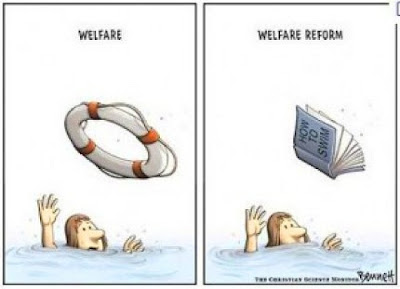 Three researchers from Yale and Ohio State University, Philipp Rehm (Ohio State), Jacob S Hacker and Mark Schlesinger (Yale) examined attitudes to welfare policies within the US and across 13 other countries. The researchers surveyed people’s support for unemployment insurance across 13 nations (Portugal, Switzerland, Netherlands, Norway, Denmark, Sweden, Spain, Finland, Ireland, Germany, Australia, United Kingdom, United States). They then surveyed US residents alone on their support for specific social policies within the United States and asked people to assess major economic risks—both their level of worry about them and their level of expectation that they themselves would experience them. Rehm said:

We also probed their attitudes about spending on existing programs, the role of government relative to the private sector in providing economic security, and hypothetical social programs that could be created to deal with major economic risks. Our research all produced highly consistent results across nations and within the US.

They found that support for welfare policies goes up when economic difficulties strike higher up the social scale. Popular support gets broader and opinion less polarized. Where the risk of unemployment or other misfortune threatens mainly people already on low incomes and at the bottom of the social scale, opposition to the welfare state among the generally better off is strongest. When, in times of widespread recession, that threat begins to climb the social ladder, support for welfare policies tends also to migrate up the ladder and to widen out among a larger proportion of the population.

Economic events that make better off people feel insecure are likely to reduce their traditional opposition to welfare. This has the effect of raising a nation’s average support for welfare intervention as those who normally perceive themselves as self sufficient feel at greater risk of losing jobs, homes and other major fundamentals of life.

Conversely, when economic hardships strike only those who are generally on low incomes most of the time, opposition to the welfare state remains strong higher up the social scale. It takes a more widespread misfortune, such as national or global recession, to shift attitudes. The paper says:

To create cross class coalitions—that is, a wider proportion of the population supporting the welfare state—risks have to broaden in reach, not just deepen in impact on the already disadvantaged.

The conclusion is that a broad coalition of support across the social divide is necessary for welfare states to survive:

There seems little question that welfare states cannot long swim in a sea of public hostility, that widespread support is a necessary condition for their sustenance.

It seems a patently obvious conclusion, but says nothing about why people should be so opposed to welfare when the research shows they turn to supporting it when they themselves feel insecure. Welfare is a security net! Remove the net and it is missing when you need it. In other words, it is common sense to want to have a security net, and there is no time better than the present to prove it.

The middle classes, for the first time in several generations, are beginning to realize that they too can feel the need for security when the ruling class starts to pull the snug rug of middle class complacency from beneath them, for the smug rug includes the safety net. For that reason the agents of the ruling class, supposedly democratically elected governments of get rich quick opportunists, will squeeze the blood from the underclasses before they will squeeze anything from the middle class.

The point of Rawls's “Veil of Ignorance” is to put everyone in the situation of not knowing where in society you will end up. If you know you are wealthy and are complacent about your position in society, then you will not care a hoot what happens to your neighbours. If you consider that you might end up poor or disabled, whether by misfortune or bad judgment, then you will insist upon society providing the welfare safety net that you will need to keep you alive and perhaps sane. Quit apart from that, though, which is still an argument from self interest, people in putatively Christian societies ought to have sufficient compassion for the poor and disadvantaged to want to have them protected.

There is a final reason for welfare, another selfish reason for the middle classes, and that is the need for everyone to have some money to spend. In a hierarchical society like western societies, money has to be injected at the base. It is then inevitably spent by the poor on their necessities, and someone has to supply those needs—small shopkeepers and services, or people employed at the lowest level of supermarkets and service industries. That money therefore moves up. The “trickle down” idea is manifestly nonsense, because the rich spend their money wherever in the world they like, and mostly not in western supermarkets!

It is therefore in the best interests of everyone to support the welfare state. Any of us not at the top of the heap might need it, and all of us do need it for society to work properly. It also ensures that we are doing the most honorable thing, and that is caring for the welfare of the least in our society. That alone ought to be sufficient when people like to claim to be Christian. 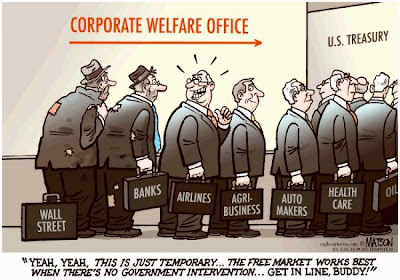