Now is the Time to be Active! 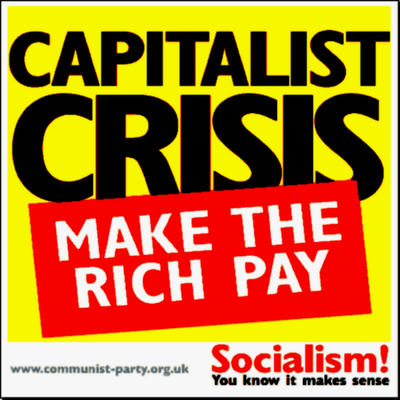 For more than six years from 1939 to 1945, there was no meaningful unemployment in Great Britain and in other countries fighting the war. In wartime, the production and output of countries are centralized—it is commanded by governments according to need. Free for all capitalism is suspended, even if capitalism continues under government supervision. Centralizing command makes for the efficiency needed to win serious wars. The almighty “market” is no longer good enough for success.

Indeed it was so inefficient under pre-war capitalism that around 20 percent of people seeking employment could not get it, so at any one time, one person in five were not contributing to the national wealth—we were so efficient, it seems, they were not needed. Then the war came, and suddenly they could be employed!

For a decade before WWII, the figures recorded in Great Britain for those out of work never fell below ten percent. Usually, they were much higher. For three years on end, from 1931 to 1933, they were 21.3, 22.1 and 19.9 percent. In those days, long, dreary queues had to form every day to get hand outs called dole. Year after year, myriads did not know what it was to have a job. Even in 1939, when we were supposedly busy preparing for war, every one in ten workers could not find an employer. 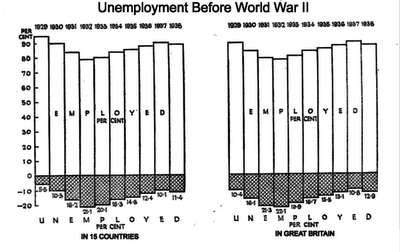 The situation is getting similar today, but today the politicians bleat on behalf of the capitalists that those out of work are “work shy”—lazy! Why then are people not lazy when it comes to a command economy in war time? The were not lazy. They were kept unemployed and on the pittance of the dole or, today, Income Support so that the competition for work is intense and the pressure for better wages and conditions evaporate in the pressure to be employed.

Of course, it helps when a lot of manpower is forced into the military to work and die for not much more than they would have got in the dole queues—one of the reasons why the west is gradually following the US in keeping up a permanent war economy which is not centralized. There is no necessity to win modern wars. In fact, the US hardly ever does win them, but they consume manpower and men, and waste vast amounts of productive capacity making stuff to be destroyed—a perpetual money making machine which is paid for by the tax payer and the rewards of which go to mega rich warmongers like the Cheneys, Bushes, and the rest of the tiny elite that run the USA.

The similarities between the crises in capitalism in the 1930s and now have been repeatedly highlighted, not just by the left. Have employed people conditioned themselves to be helpless? In the last post, speaking of the crisis of the 1840s, even the London Times warned the wealthy to beware! These days, there is evidently no need. The people have indeed learned to be helpless. Yet it is the people who have all the real power, the economic power, and the power of numbers. Instead of being helpless, now is the time to be active, moving motions in unions and party branches, joining demonstrations, lobbying MPs and in the US, Congressmen or governors, and co-ordinated striking. Don't be helpless, be active!