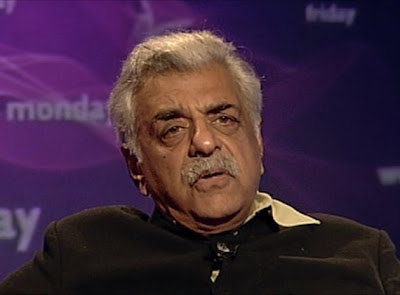 CBS News just reported on the latest massacre in Syria. Not a word that the UN observers had found the dead men were all rebels and deserters from Assad's army, as reported by the BBC, hardly itself objective in its Syrian reporting. US propagandists don't seem to realize that they are now so blatant, that even we half wits can see they are completely biased.

Author and Middle East expert Tariq Ali confirms it on an RT video interview, saying new evidence destroying the official Western view on the Syrian events is now emerging from trustworthy sources in the media:

I have now seen evidence from journalists in the field I trust—like Charles Glass—who’ve been there, who insist that atrocities carried out by the Syrian National Council and their organization’s supporters [the rebel forces] are creating mayhem in some areas and they are deliberately carrying out these atrocities so that they can be blamed onto the regime.

A journalist from Frankfurter Allgemeine Zeitung some weeks ago explained what happened in the Houla Massacre and was denounced. But we now have other reports coming from journalists. Charlie Skelton in The Guardian has written a very detailed text pointing out extremely ably as to who the people are, who we see on CNN, BBC, and who are promoted by the State Department and the British Foreign Office, who control these networks or influence them.
Tariq Ali

He added that the West itself has unleashed the rebels, while Saudi Arabia and Qatar—“those beautiful examples of democracy”—are arming them, and the Turks are playing their part too, all to get rid of the regime. Russia and China are so far resisting attempts by the West to take over Syria.